In the House of Commons, a private member’ s bill to reduce the voting age to 16 was squeezed out by a time limit on Friday 3 November – “sabotaged” by the Conservatives, according to Opposition MPs. It now has little chance of becoming law. IF supporter Melissa Jane Knight sees this as both deeply disappointing and illogical 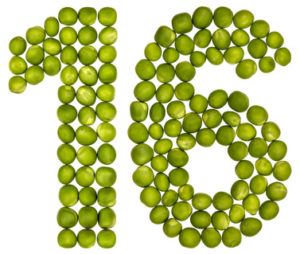 Last Friday MPs debated lowering the voting age. This isn’t a new campaign. In fact, I was backing it since I was fourteen years old, when I got elected as a member of the first ever Greenwich Young People’s Council (GYPC) in 1994. I represented my school alongside other schools in the Greenwich borough. The idea of young councillors wasn’t hailed by all members of the community. Many felt school children were fools, hooligans and that the local authority should spend its budget on more important matters – and this was during the heady days of Blairism, Britpop and bonuses. But as we got under way and began serving the community, working alongside adult elected councillors and supporting their work with local people, the mood changed. The more community members heard and saw about us, the more they were impressed.

But even as youth groups were springing up all over the UK, in 2002 the then Prime Minister Tony Blair told MPs “I am not sure that we would always want 16 year-olds to do all the things they can do. I think that it [the voting age] should remain as it is.”

Since a 16 year-old can have sex legally, join the army, get a job and pay taxes, it seems rather odd that young people cannot be trusted to put an X next to their preferred candidate to represent them in Parliament.

So let us look at the three main concerns that have cropped up again and again in public debate and see why folks are hesitant to handing16 and 17 year-olds the right to be represented in our great British democracy.

Young people won’t turn up, so why bother? We don’t even have to guess whether they will turn up at the polls. Thanks to the Scottish Parliament, which lowered the voting age to enable 16 and 17 year-olds to vote in the Scottish independence referendum, we have proof of a thirst to elect. More than 100,000 ballots belonged to 16 to 17 year-olds who had registered to vote.

They’re too young to know anything: Of my GYPC cohort, several of us went on to be heavily involved in politics, and history, at the time, got its youngest-ever elected councillor, Danny Thorpe, a former-GYPC chair. Since Danny, there have been a string of 18 year-old councillors elected from across the political parties, including Jade Marie Morgan (Lab), Isabelle Murray (Lib Dem), William Jones (Ukip), William Lloyd (Con), and the list goes on. Meanwhile, 19 year-old Terence Smith became the Mayor of Goole in 2016. These elected officials didn’t just gain their political clout with the right to drink a pint in the pub. They had it before they became 18 and would most certainly have been able to vote in the manner many older folks don’t believe 16 and 17 year-olds can: with foresight and maturity.

They don’t engage in politics: Each year the UK Youth Parliament gathers to debate in the House of Commons, and meeting any one of these young parliamentarians is enough to make you feel inadequate. They are sharp-minded, enthusiastic, clued-up on policy and gifted with fresh eyes – true visionaries. And funnily enough, they don’t jeer, taunt, boo or hiss at each other. As John Bercow MP said in the 2012 debate, “What a joy it is to preside over such a calm and orderly chamber.” Any young person aged 11–18 can stand or vote. With 369 seats for elected members, the UK Youth Parliament has run a dedicated campaign to lower the voting age to 16 in all public elections, made it a Select Committee issue and written to MPs outlining the reasons its young constituents believe they should be given the right to vote at 16.

Reading the public comments on various social media platforms, I soon see the real issue. We are setting the bar way too low. We think too little of young people. We are basing this on foggy memories of being little s**ts at school. Or the rascals that hang outside the kebab shop that we never engage with. Or the few teenagers some come across in our daily lives, or those in our jobs – annoying kids, damaged kids, rude kids.

But can I let you in on something I discovered when I interviewed nearly 2,000 young people aged 11–18? Most young people care about their community. They care about the elderly. They want clean parks. They want safer roads. They worry about their future jobs. They struggle with their travel costs. They want to get good grades at school. I’ve worked with the whole spectrum and can tell you that some of the most police-tag-adorned teenagers know more about the real struggles of everyday people than some of our backbenchers and frontmen.

Please don’t write off 1.5 million young people. They are cadets, volunteers in food banks, young carers for their disabled family members. They are working alongside police to reduce crime and bullying, sitting on school councils, playing musical instruments, creating theatre, writing tomorrow’s bestsellers. They love their local area. They adore you, their parents. And they are capable of so much more in their communities. It is us who need to change. Raise the bar and young people will rise to the challenge.