Adjusting or scrapping university fees is the current political hot potato. IF researcher Beth Jenkinson looks at the financial and political implications of the suggestions on the table 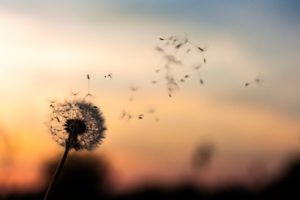 Scrapping the debt: a realistic option?

Amid claims that Labour’s 2017 election pledge to write off existing student debt would cost £100 billion, the Institute for Fiscal Studies (IFS) have recently established that the actual figure is closer to £60bn, and that’s only if the debt is left to mount up until the end of the current parliament. In fact, if the government opted to write off the debt for university tuition immediately, we’d be looking at a price tag more to the tune of £20bn.

Here is a breakdown of the facts:

Writing off the current student debt above £3,465 (the annual cost of tuition fees charged before the 2012 fee increase), another idea that has been floated, would add the lower figure of £10 billion to government debt.

All these updated figures really achieve is to show that writing off the student debt is not as unfeasible a policy option as it first seemed to be. The re-evaluation thus forms part of an ongoing trend of depicting student loans as a newly flexible issue, which gives a lot of scope for speculation as to what will be done about them. The Labour Party are standing by their policy aim of scrapping tuition fees and “addressing growing student debt”, but what about the Conservative Party? In their attempt to win back younger voters, the current government are proposing various options when it comes to student debt: most notably raising the £21,000 earnings threshold for repaying loans to £25,000, and freezing increases in the tuition fees cap at the current £9,250 per year.

So, which route should the government opt for in the Autumn budget?

Cutting the amount of debt that graduates will accumulate is a priority: this could be achieved either by cutting the interest rate on the loans, or by reducing tuition fees. Together the high interest rate and £9,000 a year tuition fees (current, pre-2017 students) form a toxic combination which results in graduates accumulating extortionate debts. For example, a graduate earning £35,000 would pay off £37,800 of their debt over 30 years of repayments, and still be left with £54,983 outstanding when the debt is written off. It worth noting that cutting the interest rate has the advantage of including recent graduates in the benefits of the policy, whereas reducing tuition fees would leave graduates since 2012 in the unlucky position of having been born at the wrong time.

One of the key arguments against cutting interest rates or fees is that reducing the size of student loans would only benefit the better off, because only the highest earners will repay the loans in full. Implementing either of these changes would amount to giving the highest-earning graduates a tax cut, so the argument goes, and would have no effect on everyone else – limiting the usefulness of such a policy.

This argument makes a number of reductive assumptions. Firstly, there has been very little analysis of the behavioural implications that carrying around huge amounts of student debt might have, even if graduates expect to never fully repay these loans. Does it put people off applying to university in the first place? Does it push people towards particular courses? Does it encourage people to fritter away money at university, since they’re going to be in so much debt regardless? Does it discourage people from applying for graduate courses? Broader analysis of these possible implications is necessary before it can be presumed that owing a large amount of debt is not innately damaging. Secondly, the argument assumes that all student debt will continue to be written off after 30 years. However, if they are not established in law, then the terms of the debt could change, leaving the potential to extend the period of repayments and leaving the less well-off graduates with more to pay.

Raising the repayment threshold for student loans, which is currently fixed at £21,000 until 2021, will be welcome. Inflation should also be taken into account, to increase the proposed £25,000 threshold accordingly. The current fixed repayments threshold means that, in real terms, a former student will pay on average £306 a year more in 2020-21 compared with 2016-17. It seems highly disingenuous that fees should rise in line with inflation and yet the repayment threshold should take no account of changes in average earnings or inflation. Furthermore, a frozen repayments threshold is a regressive policy because it disproportionately affects lower-earning graduates, who will pay thousands more over the 30-year repayments period than they would if the repayment threshold rose in line with average earnings. Higher earners, meanwhile, will be able to pay off debt more quickly and thus pay less over the lifetime of the loan.

This is a hopeful time for students. Labour’s commitment to getting rid of tuition fees and “addressing growing student debt”, and an increased presence of young voices in the 2017 general election, have combined to prompt a re-framing of the debate about what can be realistically hoped for when it comes to government policy around the student debt. In the long term, the IFS research around writing off student debt has shown that anything might be possible. In the short term, the Conservative government has shown at least some measure of concern over the size of student debts by freezing further increases in tuition fees and increasing the repayment threshhold. Cutting the 6.1% interest rate, and linking the repayment threshold to increases in inflation or average earnings would demonstrate a willingness to go further to meet Labour’s far more radical approach.