The causes of mortality in the UK have changed enormously over the past 100 years. David Kingman explains 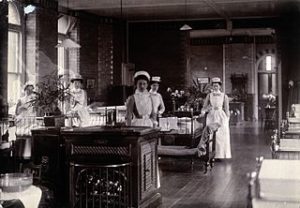 Most people prefer not to think about death, for obvious reasons. Yet at the societal level, death is just as fascinating as any other social phenomenon: different types of people, living in different places and at different times have tended to die of different things, and how and when people die can tell you an awful lot about them and the society they lived in. This point is brought home very powerfully by a new data visualisation by the Office for National Statistics (ONS) on causes of death in England and Wales over the past 100 years, which has recently been launched on their website.

Goodbye to all that

As the recent commemorations to mark the centenary of the First World War have emphasised, the Britain of 100 years ago was almost a completely different world. That was true in terms of the things which people died of almost as much as it was of anything else.

Here is a truly remarkable statistic: in 1915 there were almost 23 million fewer people living in England and Wales compared to 2015, yet there were actually 32,598 more deaths (a total of 563,253). That figure only includes deaths in England and Wales, i.e. British servicemen who died abroad weren’t included (although the data do suggest that the number of deaths in the UK was still somewhat higher during the First World War than it was in subsequent years). What was also striking about patterns of mortality in the country 100 years ago was that people of different ages were much more likely to die of the same things: infections by bacteria and viruses were the single most common cause of death among every age group from the under-4s to the over-75s, largely because all modern antibiotics and most of the major vaccines were still yet to be invented.

The greatest amount of progress has been made in combating infant mortality: another remarkable statistic is that over 140,000 babies and children under 4 died in 1915, compared to slightly over 3,000 a century later – despite the fact that the population was a lot bigger. Again, this is mainly due to progress in fighting infectious diseases.

These data pose almost as many questions as they answer; in particular, can we register as much progress in fighting cancer and mental health problems (which are closely related to suicide) as we did fighting infectious disease with vaccines and antibiotics over the past century?

It would be easy to see a set of statistics about things which kill people as highly depressing, but actually these data should give us reasons to be remarkably optimistic about the amount of progress we’ve made fighting problems that looked insurmountable just a short time ago.