There is a mental (ill-)health epidemic in the UK. Anxiety, self-harm and depression are on the rise among teenagers and university students, and not enough is being done to identify the root cause, nor to effectively treat those suffering. Rohin Burney-O’Dowd, IF summer intern, investigates 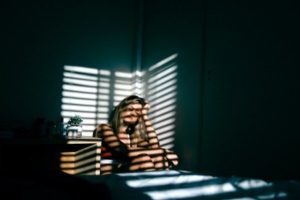 In the last decade, the number of recorded incidences of girls under 17 self-harming rose from 10,500 to 17,500 per year. Over the same period, the proportion of teenage boys and girls suffering from depression inflated by 50% and 100% respectively, and the number of first-year university students disclosing mental health issues increased fivefold. Eating and anxiety disorders have also reached record levels.

In engaging with the growing problem of mental ill-health among young people, we ought to pursue the answers to two key questions. Firstly, is the care currently available for those suffering from mental health problems effective and in sufficient supply? Secondly, and more fundamentally, what has caused the recent, rapid rise in mental health problems among adolescents?

In answer to the first question, the phenomena detailed above have not drawn the response from government that one might expect. In 2016, just 0.6% of the total NHS budget was allocated to child and adolescent mental health services. The number of full-time posts for child psychiatrists has fallen from 1,015 to just 948 in the past four years, leading more than seven out of ten of a set of psychiatrists recently surveyed to state that NHS mental health care for under-18s is in a state of crisis. And while 75% of adult mental illness emerges before the age of 25, just half of those suffering are receiving any kind of care. Instead of preventative action, the policy seems to be to wait for a fully fledged problem to emerge. With minimal funding, falling numbers of hired experts and just half of cases treated, it seems as though if any change has occurred in mental health services, there has been a deterioration.

Social structure and conceptions of happiness

While it is likely that greater awareness is in part responsible for the rising number of recorded cases of these mental health problems, the sheer size of the increase makes it highly plausible that the numbers reflect an unhappier – rather than merely a more emotionally open or hypochondriacal – generation. In the Happiness Industry, William Davies argues that it is strongly materialist and competitive values that have led to higher levels of mental distress. Robert Darnton observes our tendency towards “egocentric asceticism” – arguing that younger generations are pursuing happiness through “a cult of self… building a better body and developing a more assertive personality” to their own detriment.

Certainly, the spread of a commercial and individualistic conception of happiness is supported by a recent survey of British teens that found 40% of participants’ sole ambitions were wealth and fame. Increased competition for places at colleges, universities and jobs upon graduation has seen a generation of “‘excellent sheep’, haunted by a fear of failure yet clueless about where they’re going”. The recklessness of conceiving of happiness as material wealth and victory in competition is no recent observation: Plato declared that those who have “no experience of reason or virtue but are always occupied with feasts… aren’t filled with that which really is and never taste any stable or pure pleasure”. Wealth and honour are unstable and extrinsically dependent, and when, upon attaining them, we do not feel the anticipated joy of each, disillusionment, anxiety and depression follow.

Greater investment in adolescent mental health services and increasing the number of psychiatrists will be necessary to provide adequate care for sufferers; the underfunding and under-provision represent an injustice to younger generations. But to care for the sufferer is only to treat the symptom, rather than the cause of the epidemic. The path to a healthier and happier society is by no means straightforward.

Producing a solution to a shift in our values and conceptualisation of happiness is a task that reaches beyond the scope of government, and is a challenge we are likely to face for many generations to come.