Good-quality teachers are vital to ensuring the success of the next generation – yet a new government report has warned that there are serious problems in equipping and retaining enough good teachers to keep up with the rising number of school pupils. David Kingman investigates 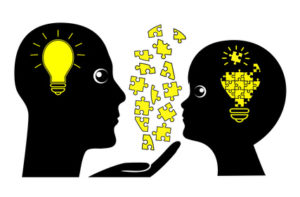 Schools are struggling to recruit and retain enough high-quality teachers to keep up with the rising demand from growing numbers of pupils, according to a new report by the National Audit Office (NAO). Why is this such a big challenge?

Receiving a good education is vital to the success of the next generation. Ensuring that today’s children are equipped with the skills they will need to thrive in an uncertain and fast-changing world is one of the most important legacies that their parents’ and grandparents’ generations will pass on to them.

Yet recent years have witnessed mounting anxiety over the quality of the education that British schoolchildren receive (at least for the roughly 93% who are educated in the state sector). The results of the most recent international PISA tests – the OECD investigation which attempts to compare the standards of education in reading, maths and science which different children receive around the world, conducted every few years – suggested that the UK’s educational performance was stagnating compared to other developed countries. Indeed, despite being the world’s fifth richest country, teenagers in the UK were outside the global top 20 for their performance in reading and maths, and ranked only 15th in science.

Different countries organise their educational systems in an extremely wide variety of ways, which makes it hard to know what really works and what doesn’t when it comes to giving young people the best possible start in life. There is a significant body of evidence which suggests that one of the most crucial features of any educational system is the quality of the teachers who work in it. This was captured by the American journalist Amanda Ripley in her book The smartest kids in the world – an ethnographic attempt to investigate how different countries’ education systems produce wildly different results – where she explained that in one of the best-performing countries in the PISA tests, Finland, it requires the same level of education to become a qualified teacher as it does to become a doctor. She contrasted that example against the USA, whose performance is mediocre in relation to its wealth, where many states do not even require teachers to have majored in a subject in college before they are allowed to teach it.

Given the importance of good, well-qualified teachers to equipping the next generation with the skills they need, the conclusions made in the NAO’s report should be concerning. The NAO found that the number of qualified teachers working in secondary schools has fallen by nearly 11,000 (5% of the total) since 2010, despite an increase in the number of secondary school-age pupils throughout that period. The NAO also found that last year almost 35,000 teachers left the profession for reasons other than retirement, with a survey of head teachers suggesting that unreasonable workloads were the biggest factor acting against teacher retention. The same survey found that in only half of cases did schools manage to fill their teaching vacancies with teachers who possessed the level of experience they were looking for, and in 10% of cases it had proven impossible to fill the vacancy at all. Overall, almost one in five secondary school pupils across the country are at a school where the quality of teaching is not rated as good or outstanding, according to the latest figures from Ofsted.

Overall, while the NAO acknowledges that the Department for Education is undertaking some initiatives to try to increase teacher recruitment and retention for existing professionals, most of its resources are still focused on training new teachers from scratch. While the education system is currently grappling with a whole host of challenges, from the continued switch towards the academisation of schools to the overall funding shortfall facing the sector, ensuring that there is a sufficient supply of talented teachers also clearly remains a fundamental task.