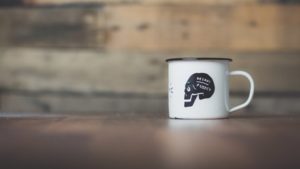 Despite the improvements in extending life expectancy which have been seen over recent decades, England and Wales still suffers from a large burden of so-called “avoidable mortality” (deaths which could have been prevented through better application of either existing medical care or public health interventions), according to the latest ONS research into the subject. What does this really mean, and why are so many people dying prematurely?

So-called “avoidable mortality” is an interesting concept. Of course, for all the progress we’ve made in modern medicine, mortality is never completely “avoidable”: sadly, everyone is going to pass away at some point. However, what the ONS has been attempting to measure is the number of people who died of causes which could in principle have been prevented using existing medical knowledge before the age of 75 (the ONS assumed that all deaths after 75 are unpreventable, as precise causes of death are usually too difficult to ascribe to a specific cause among this age group to know whether a death could have been prevented or not).

However, the ONS acknowledges that not all avoidable deaths could actually have been prevented in practice; for example, even if a medical treatment is available which the deceased patient never received, it’s impossible to be one hundred per cent certain that it would actually have cured them even if they had got hold of it in time.

When the ONS tallied up the total amount of avoidable mortality in England and Wales, the most interesting thing which they found was that there is a vast gap between the richest and poorest areas of the country. In England, the most deprived neighbourhoods using the Index of Multiple Deprivation witnessed 16,686 deaths from avoidable causes in 2015, compared to less than half that total (7,247) in the least deprived neighbourhoods. A similar social gradient was observed in Wales, where the gap was almost exactly half.

What this reflects is the fact that the burden of particular causes of death is much higher in poorer areas than wealthier ones: specifically, your chances of dying of respiratory disease, cardiovascular disease and cancer are much higher. The social gradient is steepest of all over the first of these: the most deprived populations in England and Wales are up to 7.7 times more likely to die from an avoidable respiratory disease than the least deprived – which is largely down to higher rates of smoking, presumably, as well as differences in environmental pollution.

Why does this matter? Firstly, because these kinds of glaring inequality are unjust, but also secondly, from an intergenerational justice perspective, this helps to explain the gap in healthy life expectancy between richer and poorer areas which complicates the future of the state pension. The House of Commons Work and Pensions select committee warned earlier this year that it would be inequitable to carry on raising the state pension age in response to our ageing population when a growing share of people living in disadvantaged areas won’t live long enough to enjoy it; but that suggests we will have to introduce means-testing (as IF has advocated in the past) which remains unpopular with the general public. From the perspective of young people growing up in poor areas, reducing inequalities in life expectancy between rich and poor will be an important part of solving intergenerational unfairness.