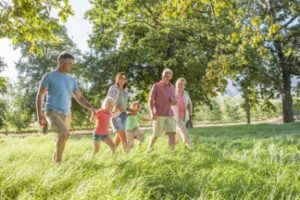 Clearly the current system has no problem discriminating by age in matters of personal finance, nor does it see any problem with banding taxation by ability to pay and to redistribute based on income inequality. In the context of intergenerational inequality is the idea of age-based taxation really all that radical?

There is a theoretical foundation which supports a system of taxation differentiated by age, but the evidence suggests the young, rather than the old, should pay less tax. Tax cuts for the young can improve the efficiency of the tax system by increasing incentives to work harder when young and move lifetime income to when it is most needed, reducing the necessity of taking on costly debts in the first place.

The first reform should be removing the National Insurance exemption for those over the state retirement age. Previous Intergenerational Foundation research in 2013 suggests this could raise at least £2 billion in revenue; with 1,200,000 over–65s now in work, 200,000 more than when the report was published, the gains can only have increased.

This would provide the leeway for an income tax cut for the under–30s. Conservative estimates suggest that half the basic rate of income tax on the under–30s could cost as little as £2.8 billion and so, with the above reform, would have little net effect on the deficit. This move would free up a significant amount disposable income for young people, essentially balancing out the cost of student debt repayments and providing greater flexibility during such an uncertain time of life.

A second form of tax relief could come in the form of a council tax discount. Students are already exempted but young people in work get no such concession. Generally, young people are less of a burden on the local council; they use the roads and need their bins to be collected but they don’t place the same pressures on education, childcare and social care that account for over half of the council tax spending allocation. A 50% discount could save a young couple moving into their first home over £700 a year; money which could go towards saving for a mortgage or pension schemes, and many more significant gains over the course of their life.

This proposed framework seeks to improve intergenerational fairness by shifting the balance of the tax burden away from those just starting their adult lives, allowing them to get a better start in life and to save for the future, so they themselves are less of a burden on future generations. The current system is clearly failing to address the concerns of younger people and while age-based taxation is not the only way forward, without new ideas and systemic reform, the intergenerational imbalance will only worsen.