In the run-up to the 2017 general election, the three major political parties all pledged to eliminate the government deficit by the end of the next parliament. What are the implications of these policies for intergenerational fairness? Elliot Jones, IF Summer intern, investigates 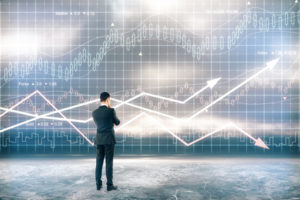 “The public finances should be returned to balance as early as possible in the next Parliament.” Philip Hammond, Chancellor of the Exchequer

In the last year, the Conservatives, Labour and the Liberal Democrats have all committed to a fiscal rule of balancing the government’s budget and reducing the overall government debt (although Labour and the LibDems provide an explicit exception for investment). Homogeneity is not always a bad thing, but if this approach has become the consensus, it is worth considering what impact these fiscal rules will have on the current disparity between generations, for better or worse.

What is a fiscal rule anyway?

A fiscal rule is a long-term pledge by a government to limit spending in some manner. Fiscal rules should ensure that governments act responsibly rather than succumb to political pressures during booms or in the lead-up to elections. The Office of Budget Responsibility acts as the UK’s watchdog to make sure governments stick to their promises.

Playing by the rules?

On the face of it, these fiscal rules seem to be beneficial for intergenerational equality. If government runs a balanced budget, it can’t rack up the national debt year after year and so will pass on less of a burden to future generations, both in terms of interest payments (which already cost £28 billion a year in 2016) and higher taxes. These rolling targets (supported by prominent macro-economists) also allow the flexibility to run a surplus during booms and a deficit during recessions so the nation won’t face the prospect of future rounds of austerity, which hit the youngest generation particularly hard. So far so good, right? But there is a hidden problem.

So what’s the problem?

The government’s day-to-day spending disproportionately goes on children and the elderly. The government’s revenue, however, mostly comes from those currently in work, with Income Tax and National Insurance Contributions making up almost half of all tax receipts. This is not a problem in and of itself; the old and young are likely to be the most vulnerable in society and so in need of the most support. However, it does pose an intergenerational issue in conjunction with the proposed fiscal rules, as the current workforce must foot the bill for the generations before and after them.

Millennials, currently making their way through the world of work, find themselves a small generation, with an average birth rate of only around 1.7 between 1980 and 2000. They are sandwiched between the Baby Boomers, who are quickly approaching retirement, on one side and a sharp upturn in birth-rate since 2000 on the other. This demographic double bind leaves them with more dependents than previous generations had or future generations will have. This means that to keep a balanced budget, current workers will have to pay more taxes or the government will have to slash per capita spending on health, education and social services. With the powerful grey vote, the first option is more likely, but either way these fiscal rules promote intergenerational inequality.

Immigration has propped up the system so far with the vast majority of immigrants aged 20 to 35 and many return home before retirement, so do not cost the state when they are old or young. But with Brexit already seeing net migration falling, this is not a sustainable solution to the problem these rules pose.

With younger people already having to tighten their belts over housing costs and stagnant real wages, they cannot be expected to pay even more simply because of when they were born. All the political parties need to take a second look at their fiscal rules and ensure they are fair and equitable for every generation, even if it means accepting borrowing to finance day-to-day expenditure or taxing the wealth of older generations.