After two successive years of increasing university dropout rates — especially rapid among students from the most disadvantaged areas — it is time for the government to reconsider the effect of large student debts upon university accessibility, and thus to re-evaluate the recent replacement of maintenance grants for students from low-income households with additional, burdensome loans. Rohin Burney-O’Dowd, IF summer intern, investigates 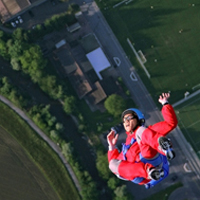 According to the Higher Education Statistics Agency, the non-continuation rate — the proportion of first year students who transfer to other universities, or leave higher education altogether — was 6.2% in 2014-15, a rise of 0.5% on the figure for the 2012-13 academic year. Even more worryingly, the rate of increase among students from the most disadvantaged areas was more than double this, rising by 1.1% to 8.8% over the same period. The most astonishing figures come from London Metropolitan University, where over a quarter of students left the institution before their second year. This is a cause for concern, given that the data follow the coalition government’s decision to triple tuition fee limits to £9,000, and does not account for the effects of the further increases to tuition fees and the replacement of maintenance grants with additional loans since 2016. If rising student debt is even a partial cause of the recent dropout trend, then we can anticipate even larger numbers of dropouts in years to come, and a growing chasm in this respect between the richest and poorest in society.

Dropouts are by no means a recent phenomenon, nor are the current rates historically unprecedented; in fact, the late 1990s saw higher dropout rates than those in 2015. Nor does the pattern suggest that the spike in tuition fees is deterring students from entering university; the last decade has seen a 10% rise in university participation rates, with similar increases across all socio-economic backgrounds. What is worrying, however, is the plight of students once they arrive at university, and the hubris that has accompanied policy-makers’ interpretations of early evidence on the effects of rising student debts since 2010.

Former Universities Minister David Willetts, for instance, has claimed that living costs are a far greater concern to students than the repayment of loans. Former Chancellor George Osborne also pointed to the increases in university entrance as evidence that the tuition spikes and grant replacements will have little effect upon the attendance of lower-income students. The 2015 Budget Report, however, showed that 63% of students were worried about affording loan repayments later in life. The problem with a narrow focus upon higher education participation and the provision of loans to cover living costs is that neither of these measures account for whether students think they are receiving good value for money once they have arrived. The recent policy changes force students to ask themselves, “Am I receiving £9,000 of value each year?”; the poorest students must ask themselves further, “Is eating, buying books and living in accommodation worth as much as £10,000 in debt on top of this?” The recent dropout trend shows that for a rising number of students, the answer is “No”.

There are a number of reasons for leaving university early, including struggles with mental health. There has been a 210% rise in cases of students leaving university early due to mental health problems since the introduction of £9,000 tuition fees in 2010, and while it would be absurd to suggest the latter fact is wholly responsible for the former, there is good reason to believe that the rising economic burden of education is a source of stress and anxiety. It shows either insincerity or a remarkable lack of understanding to dismiss the economic significance of eliminating maintenance grants for the worst-off, when it saddles students who leave university after one year — following a “confidence-sapping experience”, and without a degree to show for it — with nearly £20,000 of debt.

With recent years seeing one in four new graduates in non-graduate jobs, rising levels of mental ill-health, growing student anxiety about living costs and loans, and rising dropout rates — particularly for the poorest in society — it is time that the government fixate less upon encouraging students to “take on loans based upon an imagined future income”, and instead focus more on student retention, and the moral and economic implications of withdrawing grant support from the most disadvantaged.