Child poverty is a rapidly growing problem in the UK, and some new evidence has shown how damaging it is for children’s long-term outcomes. David Kingman explains 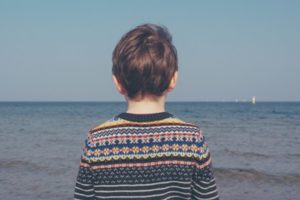 According to the latest data, child poverty is becoming an increasingly entrenched problem across Great Britain, with nearly one in three children being classed as poor. Child poverty is concerning for many reasons, but a recent research report from academics at the London School of Economics (LSE) has provided new evidence of the extremely detrimental long-term impact that growing up poor has on young people.

The proportion of children who live in relative poverty – defined as having a household income which is below 60% of the national median after housing costs – has grown in the past year, reaching 30%, which equates to around 4 million children. A steady upward trend in this figure has been observed for the past three years, and last year an additional 100,000 children fell into poverty. The current total is the highest it’s been since 2010, and there are fears that planned cuts to working-age benefits will lead to a further increase over the remaining years of this parliament.

The UK has witnessed a long-term trend towards more children living in poverty over the past two decades, a period in which children have become more likely to be living in poverty than either working-age adults or retirees. What makes these figures particularly troubling is that just over two-thirds of the children who live in poverty belong to families where at least one person is in work, which indicates that boosting parental employment is unlikely to solve child poverty by itself. The group of children who are worst affected by poverty are those from single-parent families, of whom around half live in poverty, a problem which has been exacerbated by cutbacks to working-age welfare benefits such as Child Benefit.

There is overwhelming evidence to show that children bear a heavy price for being born into poverty. However, until recently there was an important debate about whether the biggest problem with growing up in poverty was simply the lack of money, or whether it was other  phenomena which are associated with poverty, such as unstable family relationships and domestic abuse. This issue is important because it determines what kind of policy interventions are most likely to be effective at ameliorating child poverty. The recent LSE report cited above, by academics at the Centre for the Analysis of Social Exclusion (CASE),  is a major review of the evidence that has been gathered through studies and experiments looking at child poverty around the world; the evidence in the report led the researchers to conclude that a lack of resources is a critical cause of disadvantage among poor children.

According to the evidence which has been gathered from 61 studies of child poverty across OECD and EU countries, not having enough money is harmful to children largely because of two effects: firstly, it is closely related to a lack of the basic goods which children need in order to thrive, especially not having enough nutritious food for their physical and cognitive development. Secondly, a lack of resources is closely related to higher levels of stress within families, which has a detrimental effect on both parents’ and children’s mental health.

Given the focus upon social mobility in public debate, these findings are extremely important because they emphasise that raising the incomes of poor families is a key aspect of combating child poverty, and is likely to be more effective than an exclusive focus on the consequences of poverty such as poorer nutrition and family stress. However, given that such a high percentage of poor children come from working families, it doesn’t appear that paid work, by itself, is likely to solve the problem of child poverty in 21st century Britain.