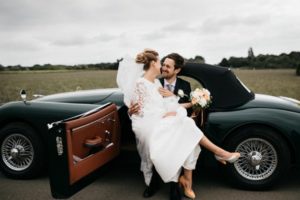 A theme which IF has emphasised repeatedly in our work over the past few years has been the danger that rising inequality between generations will make the overall gap between rich and poor within each generation bigger in the long run. This is because one of the most pernicious aspects of intergenerational inequality in the UK is the great difficulty that younger generations are experiencing with building up asset wealth – especially housing and pensions – compared to many members of their parents’ and grandparents’ generations. It means that people who inherit family wealth from their older relatives will enjoy a bigger advantage in life compared to people who don’t.

This argument has become relatively well-accepted over recent years, and is responsible for anxieties over the outsized role played by the “Bank of Mum and Dad” in Britain’s property market, for example. However, a recent piece of research by the Institute for Fiscal Studies (IFS) has highlighted how inequality is ratcheting upwards because of the different ways in which wealthier and poorer people form relationships, and how this has reinforced the impact of inherited wealth.

More likely to be in a relationship

On the second point, the study found that around 86% of 42-year-old men who came from wealthier backgrounds were living with a partner in 2012, compared with only about 66% of the men from poorer backgrounds. The reason why this is significant is because it highlights the importance of so-called “assortative mating”, the phenomenon whereby people tend to form long-term relationships with people who have a similar level of education and human capital. It has been argued that this has been responsible for some of the rise in inequality which has been observed in most Western countries over the past few decades, because a couple who both do high-skilled white-collar work will earn a lot more than a couple who both do low-skilled, possibly temporary or insecure jobs, whereas the gap between the two couples would have been smaller in previous generations when middle-class women were less likely to be working.

This new research lends credence to the view that assortative mating has an impact on inequality, as stable couples with higher earnings are more likely to build up assets by pooling their resources over the long run, whereas this option obviously isn’t available to single men with lower earnings, compounding their disadvantage. It also demonstrates another advantage which coming from wealthy backgrounds confers, because not only does it make you more likely to be a higher earner and live in a high-income household, it also means you are more likely to be in a relationship where both partners stand to inherit asset wealth from their families. Meanwhile, people from poorer backgrounds face a triple disadvantage: they are less likely to be earning themselves, less likely to have a partner’s income that they could rely on, and they are less likely to have one inheritance to expect, much less two.

Recent scholarship in America has looked at the ways in which rising economic inequality has been changing the “shape” of the traditional American family, as getting married and having children with one partner has increasingly become a mark of affluence, compared to the less stable family arrangements which have come to predominate amongst poorer sections of society. The ways in which changing family structures are both a consequence and a cause of widening inequality, and how it could affect inequality between the generations, is clearly a subject which deserves to receive much wider attention.