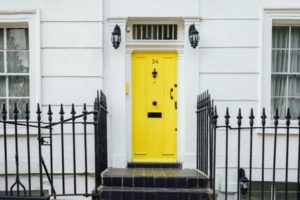 The UK’s housing crisis has continued to make life harder for young adults over recent years: the share of 25–29 year olds who own their own homes has fallen by more than half, from 63% in 1990 to its current level of just 31%. The main policy lever that the government has tried to pull in response to this crisis has been a succession of subsidised home ownership schemes, from Shared Ownership to Help to Buy to Starter Homes, which have made it easier for young adults to purchase homes at below market rates.

However, a new analysis from researchers at the London School of Economics that examined whether these schemes have actually widened access to home ownership, or have merely been a gift to people who could have afforded to buy at full market prices, suggests that they have done little to help the housing crisis’s real victims.

The LSE research project was undertaken under the auspices of the Social Mobility and Child Poverty Commission, which is currently evaluating the impact of government policies that were supposed to reduce social inequality.

Since the 1990s, around 1.8 million homes have been sold at sub-market prices under the Right to Buy scheme, 200,000 have been provided as Affordable Housing (where a property developer has to provide a certain proportion of housing which will be sold at below market prices, often through shared ownership schemes, in order to get planning permission for a larger project), and another 300,000 homes have been provided through schemes that directly subsidised the cost of ownership, such as Help to Buy (where the government lends the buyer a proportion of the purchase cost at below market rates).

An important feature of all these schemes is that, although they ostensibly served the purpose of broadening access to home ownership, which in theory should enhance social mobility by making it easier for people from poorer backgrounds to acquire a valuable asset, they were generally not means-tested. The people who could benefit from them have been targeted in other ways – Help to Buy, for example, has only been eligible for people who’ve never owned a home in their own name before – but not by income or wealth.

This clearly created a risk that taxpayers’ money was being used to help people get on the housing ladder who could have afforded to pay the full market rate, without benefiting those who were genuinely too poor to become homeowners. The LSE’s research strongly suggests that this is what happened to a large extent: just looking at Help to Buy, the researchers found that the average income of a Help to Buy purchaser was £41,323, which is actually higher than the average incomes of a first-time buyers who hadn’t used the scheme (£39,834). The report points out that as half of all working-age households have incomes below £30,000, Help to Buy by itself is extremely unlikely to spread home ownership more widely.

The report’s authors argue that what needs to happen is for Help to Buy to be better targeted at households who genuinely struggle to afford free market housing, which they suggest could be done by restricting the scheme’s eligibility to people earning less than 1.5 times the median income and setting different levels of subsidy for different regions.

The great danger is that, unless we find some way of making it easier for people from poorer backgrounds to get on the housing ladder, the gap between rich and poor will simply carry on widening.