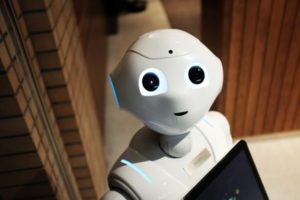 We often hear that today’s young people are the best-educated generation in history, owing to the rapid increase in university enrolment that has happened over recent years. Yet there is a growing amount of speculation which suggests that, however well qualified they are to compete in today’s labour market, Millennials might justifiably be increasingly worried about the risk of being superseded by robots over the coming decades.

One of the most recent pieces of research which looked into this issue was undertaken by the University of Oxford’s Future of Humanity Institute, who earlier this year polled a group of 1,634 leading experts in artificial intelligence (AI) from academia and the technology industry to ask them when they think AI will surpass humans at completing a range of activities.

The results were extremely interesting. A total of 352 of the experts who’d been polled responded, which enabled the researchers to calculate the median date at which they predicted that AI will achieve certain milestones. Strikingly, the experts said they think AI will have surpassed humans at translating languages by 2024, writing high-school essays by 2026 and driving a truck by 2027 – all within the next decade.

Even more remarkably, the results suggest that the experts believe all jobs could be fully automated in the next 120 years, and there is a 50% chance of AI outperforming humans in all tasks in just 45 years – this will require technology known as “high-level machine intelligence” (HLMI). This even includes a range of occupations which we currently think of being dependent on human-to-human interaction, such as working in retail (which the experts think will be fully automated by 2031), or which need human creativity, such as writing a bestselling book (which they think will be possible by 2049).

Although these predictions possess a slightly outlandish quality, several public intellectuals, including Stephen Hawking, are already urging policy-makers to start thinking about the potential impact which the growth of AI could have on society. The World Economic Forum warned in 2016 that 5 million jobs could disappear by 2020, which are likely to be disproportionately concentrated in low-skilled sectors. That could widen social inequality in the short- to medium-term, although if the predictions from this more recent report are to be believed then a whole swathe of middle- and even upper-income occupations might gradually shed human workers over the coming decades.

Of course, this is not all doom and gloom necessarily. Previous waves of technological innovation have generally created more new jobs than they superseded, and there are also likely to be many professions where humans will work alongside technology rather than being replaced by it: headlines were recently made in the recruitment industry by a new AI which helps human head-hunters to process large numbers of applications more quickly, for example. There are also some sectors which even the experts think are very unlikely to ever become fully automated, such as nursing.

Nevertheless, it seems inevitable that the world of work is heading for decades of fast-paced technological disruption. Unless today’s young people and future generations have more opportunities to carry on refreshing their skills to meet the demand for labour as they get older, society could have a major problem on its hands dealing with workers who are no longer needed.