Senior figures within the UK’s retirement industry are suggesting that older people are rushing to move to France and Spain before Brexit happens. David Kingman reports 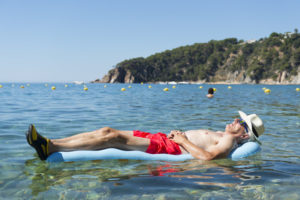 Immigration has been a key issue throughout the whole debate surrounding Britain’s future relationship with the EU. Yet the subject of emigration – British citizens moving to live in other EU member states – has received a great deal less attention. However, the future status of UK citizens who are living in other member states already appears to be a crucial stumbling block in the Brexit negotiations, with many of those who have emigrated understandably feeling anxious about how it will be resolved.

It was recently reported in the media that businesses which specialise in helping older Britons emigrate to other EU countries have received a rush of new customers who want to make the move while the UK is still a member state. Will Brexit make it more difficult for older generations to move abroad? And what impact will this have on intergenerational fairness?

One of the key features of migration patterns between the EU and UK is that it’s mainly older Britons who emigrate and younger foreigners who immigrate. Although there is a large range of uncertainty over the data, ONS estimates suggest that almost half of the 148,000 Britons living in France are aged 55 and over, while 40% of the nearly 297,000 Britons living in Spain were aged 65 and over; meanwhile, around 75% of immigrants from the EU8 (the eight former Communist countries in the Baltics, Central and Eastern Europe which joined the EU in 2004, including Poland) were aged between 15 and 49.

This pattern could mean that future changes in the UK’s migration regime will have a large impact on the British economy. Research by the National Institute for Economic and Social Research and others has demonstrated that EU migrants contribute more to the UK economy on average in taxes than they consume in public services, whereas the Office for Budget Responsibility has demonstrated that once someone is over the age of 65 they typically become a net recipient of public goods because the value of their old-age benefits and healthcare is greater than the amount they contribute to the public purse in taxes. Therefore, all things being equal, you would expect a future scenario under which British pensioners find it more difficult to emigrate (and vice versa for migrant workers) would place a larger burden on working-age taxpayers within the UK to fund public spending on older people.

Putting the barriers up?

Of course, this all depends on what kind of immigration regime the UK adopts following Brexit, but the recent media coverage that was referred to above suggests that relatively large numbers of British retirees are expediting their plans to move aboard because they believe it will give them a better chance of being allowed to stay in their new countries once Brexit actually happens.

One company which specialises in providing financial advice to British citizens who want to retire to Spain, Blevins Franks, told the Guardian that enquiries have risen by 20–25% compared to a normal year since the Brexit referendum last summer, with many of its potential new customers expressing concerns about what Brexit could mean for their dreams of retiring abroad.

This issue will almost certainly feature at the highest level of negotiations between Britain and the EU because of its potential economic implications for the receiving countries. It seems very unlikely that other European countries will be willing to carry on accepting high levels of immigration from British retirees unless there is a reciprocal deal allowing their citizens to come here – a continuation of the free movement of people in all but name, which the government has explicitly ruled out as an option. It’s worth pointing out that the UK’s immigration policy makes is extremely difficult, if not impossible, for pensioners from non-EU countries to come and live here permanently once they have finished working, for exactly the same reasons why other EU member states will be reluctant to accept our retirees in a post-Brexit world.

Research by Natcen has shown that affluent older eurosceptics were a key element of support for the Leave side in the referendum, many of whom will be both implacably opposed to free movement when it comes to people moving into the UK, but also expecting to spend some of their golden years enjoying sunnier climes in the Mediterranean. So you can add that to the long list of circles the government somehow needs to square as it tries to organise Britain’s exit from the EU.