Newly-published ONS figures have shown the colossal impact that the maturation of final salary pension schemes is having on pensioners’ living standards, reports David Kingman. But what will this mean for younger generations who don’t have access to such schemes? 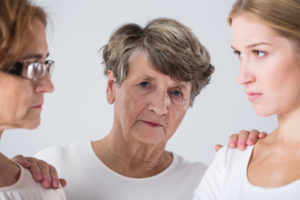 One of the most remarkable economic transformations in British society since the 1970s has been the increase in living standards enjoyed by the majority of pensioner households, which is captured by some recently released ONS figures that attribute much of the improvement to the maturation of final salary pension schemes. Although progress in pensioner living standards has been a good thing, could it be reversed if today’s young people have far less generous pension arrangements?

Following the 2008 financial crisis, pensioner households have seen far more rapid growth in their incomes than those of working age have enjoyed, but it wasn’t that long ago that the vast majority of people living in retirement had very low incomes. As recently as 1977, almost 80% of pensioner households had a disposable income of less than £10,000 in today’s money, and virtually all of them had incomes that were under £20,000. What has happened since then has been nothing short of remarkable: the average gross income of retired households has gone from £10,500 in 1977 to £29,000 in 2016, an almost threefold increase. By contrast, the incomes of non-retired households have barely doubled over the same period, from £20,200 to £41,900.

What the new data from the ONS emphasise is that by far the largest component of these increases in pensioner incomes has been driven by final salary pension schemes. Almost half of the total increase between 1977 and 2016 came from increased private pension income, as both the proportion of households who receive such income and the amount of income they receive has gone up. The average amount of private pension income a retired household receives has risen nearly sevenfold during this period, compared to a doubling in the income they receive from state benefits, which includes the state pension “triple lock”.

However, it can easily give a distorted picture if you talk about average amounts of income, because private pensions are very unevenly distributed. Typically, they were only available to people who worked either for large private sector corporations such as Ford or British Airways, or in the public sector, so their coverage was very uneven. Additionally, the amount of income someone receives is always related to the number of years they were employed and the size of their salary, so many people only acquired relatively small private pensions while a smaller number got much larger ones. As a consequence of these effects, inequality between pensioner households has increased, with the roughly 20% of current pensioner households not receiving any income from private pensions being in a worse position relative to their peers than the 45% who didn’t receive one were 40 years ago.

The big takeaway from these data is that private pension saving has done much more to reduce pensioner poverty than the welfare state has over the past 40 years. This raises an urgent question: now that private pension saving is in decline because of the gradual phasing out of final salary pensions in the private sector, does that mean that these changes are likely to go into reverse?

Clearly, there is a danger that this could be the case. Private pension saving has actually gone up over the past few years since the launch of auto-enrolment under the Coalition (which could potentially be one of its most enduring legacies), but there is widespread recognition that most savers are not contributing enough into their pension funds to provide a comfortable standard of life for them once they’ve retired. For many of today’s young people, already grappling with student loan repayments and high housing costs, the barriers to saving meaningful amounts look enormous. And one of the great dangers is that this will make Millennials more reliant upon money they’ve inherited to fund their own retirements in one way or another, widening the gap between rich and poor yet further.

Final salary pensions are being consigned to history for the vast majority of private sector workers, yet how to provide for an adequate retirement without them is a question that society is still struggling to answer.