Drawing on interviews and observations during a recent visit, Angus Hanton, co-founder of IF, reflects on fairness between the generations in China 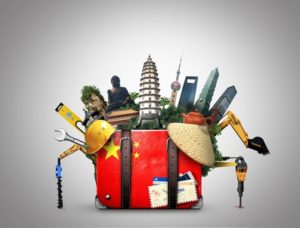 Intergenerational fairness is a very live issue in China, but it’s not quite like the UK. For a start, there is a much stronger cultural belief that the younger generation “owe” it to their parents to pay them back for the costs of bringing them up. This may be partly because, historically, China has been a poorer agrarian society, or perhaps it’s because of the high costs in bringing up a child in China today… or it may be mainly because the Chinese revere their forebears: homes usually have a shrine to the ancestors.

Propping up an older generation

Another difference is that the Chinese economy has grown very fast over the last two decades, with rapid urbanisation. That has led to a huge migration of people, mainly young ones, into the cities, often leaving the parents farming at home. Usually the young migrants are earning more than their parents and they normally send money home. These remittances are often an important part of the parents’ income and help with healthcare and other living costs.

Young people in China have varying attitudes to making such payments. Some will be happy to endure hardship in the cities for many years in order to help the parents, whilst others will be much keener to build up their own reserves. One individual I met wanted to build up her reserves so that she could buy a flat in the city and have her parents move into it with her.

Young people in their twenties told me that they like President Xi Jinping’s new two-child policy, but they are still constrained in having a second child by the costs of education and healthcare. The really pressing issue for most young people is the cost of housing – although China is building new flats in cities at breakneck speed, demand continues to rise. Even more building is needed to cope with continuing urbanisation and the fact that many people who are now living in dormitories would much prefer to live in a flat.

One man explained to me that he is paying very high rent which doesn’t seem fair to him because his parents and grandparents got their houses for free, like so many others in the “Mao era” and in the period before Deng’s market reforms. He’s happy that his family has paid-for housing, but it’s no use to him personally as he doesn’t want to go back to the family farm many hundreds of miles away – he wants an affordable flat near to where he works. The flat that he rents is on the outskirts of Beijing and commuting to work takes him at least one-and-a-half hours each way.

Everyone I spoke to was aware of the wide gap in Chinese society between rich and poor, often citing businessmen who’ve made money quickly in fast-growing cities compared to peasant farmers “left behind”. That emerging income gap in a developing society was identified by Simon Kuznets in a 1955 economics paper, “Economic Growth and Income Inequality”, in which he argues that an industrialising society should expect increased income inequality, which will reach a peak and then reduce. The extent of that reduction will depend on government policies.

Chinese life expectancies have been growing too, and the young people in the cities who discussed this with me were very aware of the ageing population. One said that China was worried about “growing old before it grows rich”.

China faces issues of fairness between the generations, but they are seen very differently than ours. The themes we have in common are the high cost of housing for young people and the rising costs of looking after the older population.