A large share of “extremists” on both sides of the Brexit debate would be happy to see the British economy suffer damage in order to have their way, according to new polling from YouGov. David Kingman looks at the questions this raises for intergenerational fairness 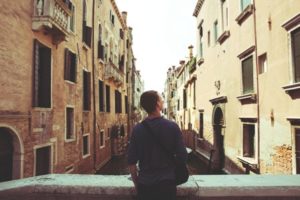 Large numbers of “extremists” on either side of the Brexit debate would be willing to see Britain’s economy suffer damage in order to get the outcome they desire, according to new data from polling firm YouGov. Given the enormous divide between young and old over Brexit, what do these findings mean for different generations?

The YouGov polling, which was based on a representative sample of almost 5,000 UK adults who were questioned during the second week of July 2017, asked the people who were surveyed how much economic harm they would be willing to endure to get the outcome from the Brexit process that they most wanted to see. The results were somewhat surprising, as they showed that many people on both sides of the debate would be willing to see Britain’s economy suffer – even to their own personal cost – in order see their preferred version of Brexit being fulfilled.

Both Remainers and Leavers within the sample were asked the following question: “Would you consider significant damage to the British economy to be a price worth paying for bringing Britain out of the European Union/if it meant that Britain stayed in the European Union?” They found that 61% of Leavers said they agreed with the first version of this statement, and 34% of Remainers agreed with the second version; and in both cases, only a minority of respondents said that they disagreed – i.e. they wouldn’t be prepared to see Britain’s economy suffer damage – once people who said “don’t know” were included.

However, there was more of a difference between the two sides when the question was rephrased to make it more personal. When they were asked “Would you consider Brexit causing you or members of your family to lose their job to be a price worth paying for bringing Britain out of the European Union/if Britain stayed in the European Union?”, surprisingly almost 40% of Leavers still said they would be willing to make this trade-off in order to ensure that Britain leaves the EU; 18% of Remainers said the same. In its own analysis of these data, YouGov dubbed the people who hold these views “Brexit extremists” because of how set they seem to be on Britain leaving or remaining.

When the responses to these questions were broken down by age, the generational divide became quite striking: even among Leavers, only 46% of those polled who were aged 18–24 said they would be willing to see Britain suffer significant economic harm in order to get Brexit, compared with 71% of over-65s; and only 25% of the younger age group agreed with the second question, which asked them about friends and family members, compared to 50% of the older one.

However, it needs to be borne in mind that younger voters were much more likely to be Remainers in the first place, as the data suggest that around two-thirds of Millennials supported Remain while Baby Boomers heavily favoured Brexit.

The implications of these findings – that older voters who supported Remain would be willing to see their younger relatives lose their jobs in order for Britain to have Brexit – could have a chilling effect on intergenerational relations in this country, as the Liberal Democrat leader Vince Cable argued in a recent newspaper column. The Brexit referendum has exposed many fault lines in British society, but the one between the different generations may prove to be among the hardest to bridge.