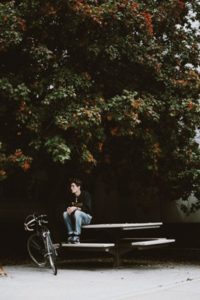 The number of people applying to study at UK universities in the next academic year has fallen by 4% compared to twelve months ago, according to the latest data from the Universities and Colleges Admissions System (UCAS). What possible implications could this have for the current debate about higher education funding?

This news came at a significant time in the debate surrounding higher education policy in England, which has gained a vastly increased political profile since the snap general election in June. The fact that larger numbers of young people may have voted for Jeremy Corbyn’s Labour Party after they chose to make a big issue out of abolishing tuition fees has opened up a much wider public debate about the fairness of the current student loan system, which requires most students to take on debts of over £50,000 in order to attend university.

The current system of tuition fees and student loans is very complicated (and appears to be poorly understood by many people). Importantly, it needs to be stressed that the size of someone’s debt bears very little relationship to the amount of money they will end up repaying after they graduate, or to how much effect servicing these debts will have on their material quality of life (because the debts are income contingent, everybody repays 9% of their earnings above the threshold of £21,000 per year, regardless of how much they’ve borrowed). However, it would be understandable if headlines about the cost of going to university discouraged people who don’t fully appreciate how the system works; or, conversely, if people who do understand how the system works were put off after making a rational decision that they won’t earn enough in the future to make paying what amounts to an additional 9% tax on top of income tax and national insurance a good idea.

Since tuition fees were increased to £9,000 per year in 2012 there hasn’t been any evidence that young people were being put off from applying to university; indeed, applications have boomed partly as a result of the removal of the cap on student numbers, and also for demographic reasons. However, this year’s fall in the number applying to study by more than 25,000 could be a sign that the cost of higher education (which has risen in the past year because of the widely publicised rise in interest rates) is beginning to put people off attending university.

One of the interesting things about these data is that they show similar declines in the number of people applying to study at university across the different nations of the United Kingdom: compared to last year, the number of applications was down 5% in both England and Wales, 4% in Northern Ireland and only 1% in Scotland. Higher education funding works differently in each of the devolved nations, but the £9,000 per year fees are universally charged only to people studying at English universities. The existence of similar declines in applications to both Welsh and Northern Irish universities suggests that there is more to this story than simply a rejection of high student debts.

However, it appears that the largest falls were seen among applications to study nursing: this is a subject that will come under new pressures next year because the government has abolished the system of bursaries that used to fund people to train as nurses, meaning nursing applicants will have to take out ordinary student loans instead.

NHS nursing bursaries used to cover student nurses’ tuition fees, as well as providing them with £4,500 to £5,500 depending on where they lived. The government argued that the cost of this system meant that there had to be a cap on the number of places each year (applications to study nursing were outstripping the places available by two to one, according to government figures); but Unison and the National Union of Students argued that this would lead to a substantial drop in the number of people applying, partly because student nurses would struggle to afford their living costs on typical student maintenance loans (student nurses have to spend large amounts of their working week doing relatively low-paid nursing shifts in hospitals, so most of them lack the time to supplement their maintenance loans through doing other paid work in the way that many other students can do).

The UCAS figures show that the number of people applying to study nursing has fallen by 19%, suggesting that these reforms could indeed be putting people off the profession. According to NHS national pay grades, nurses typically earn between £22,128 and £28,746 for more senior roles, so you would expect most nurses would be unable to clear their student debts before the 30-year cut-off point, forcing them to make repayments throughout their working lives.

Nurses are not the only cause behind the fall in applications to study at university next year; for instance, the data also indicate that there has been a small fall among EU applicants, which may partly be due to uncertainty over Brexit.

It is also worth debating to what extent this is really a problem: after all, given there is an argument that too many people now go to university, an overall fall in the number of applications might in a sense be beneficial. However, as the NHS currently has an overall shortage of nurses, this is one area where the government’s tuition fees policy could clearly be shown to have created bigger problems for wider society.