David Kingman analyses the conclusions of the Taylor Review, which looked at changing employment practices 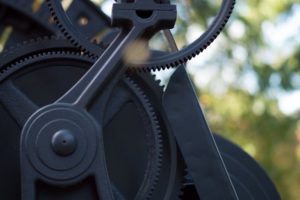 The world of work is changing rapidly in contemporary Britain. Only a generation or two ago, young people could have a reasonable expectation that it would be relatively straightforward to get a job for life when they left school. For today’s young workers, that represents a bygone era; indeed, an increasing share of them may never be employed in a single “job” at all in the traditional sense, if they find themselves forging so-called “portfolio” careers or working within the “gig economy”.

The changing world of work raises a number of important issues for politics, the economy and wider society which the government is only just waking up to. They commissioned the economist Matthew Taylor, Chief Executive of the Royal Society of Arts (RSA), to undertake an independent review of modern working practices which has just released its final report. What did it have to say?

How is the labour market changing?

The public discourse surrounding the changing world of work is generally full of references to the “gig economy”, almost always accompanied by an image of either an Uber driver or a Deliveroo cyclist, but this is actually rather a vague term that fails to capture the wide variety of employment practices that now exist. In a very broad sense, you could think about the changing world of work as referring to anything other than the traditional concept of the full-time, permanent job in which a worker is contracted to work for a single employer in return for a guaranteed salary, and has clearly defined rights and benefits.

The Taylor Review highlighted that all sorts of alternatives to this traditional arrangement are now widespread. For example, the latest ONS estimates suggest that 6% of all jobs are under so-called “zero-hours” contracts, in which workers have no guaranteed hours of work each month, instead being paid to work whenever their employer needs them. Although zero-hours contracts are often portrayed as a totemic issue facing Britain’s labour market (the Labour Party even pledged to ban them in its manifesto at the recent general election), the Taylor Review also talks a lot about various forms of self-employment, a more traditional type of working arrangement but one which has expanded dramatically in recent years, rising from 3.8 million to 4.6 million jobs between 2010 and 2015.

To some extent, these forms of employment have had a greater impact on younger workers than on other age groups: the ONS estimates suggest that one in three zero-hours workers are aged 16–24, and, although the rise in self-employment has been fairly evenly spread across the age range (with the largest percentage increase among workers in their 60s and 70s), the ONS has found that young men are the group of self-employed workers who are likely to be the least happy with being self-employed.

Overall, the Taylor Review estimates that the “gig economy” accounts for around just 1.1 million workers, if you only count people who sell their services to employers using online platforms such as Upwork, Uber and Deliveroo (N.B. it is important to note the distinction between workers and jobs when discussing these issues, as many workers who don’t work full-time for a single employer will have more than one job). Interestingly, they appear to be distributed right across the skills spectrum: a quarter of people working as consultants selling things like accountancy services and legal advice now work in the gig economy, as do 18% of skilled manual workers (plumbers, builders etc.) and 17% of people providing cleaning and other household services.

What are the problems?

Looking at the gig economy in the round, the Taylor Review concluded that the majority of people working in it are happy with these types of arrangements as they value the flexibility they can provide (many are likely to be students or stay-at-home parents, for example, who need very flexible hours). However, it reported that the biggest complaint they encountered from workers was to do with so-called “one-sided flexibility”: the problem that employers can get the benefit of not having expensive full-time staff, while people who would like full-time jobs are stuck with precarious and unreliable work.

The Taylor Review also argues that the growth of the gig economy could be storing up big problems for the welfare state, especially since workers who are employees can qualify for a full state pension despite making much lower national insurance contributions than those who’ve had full-time, permanent jobs. Of course, Chancellor Philip Hammond attempted to address this problem in his Autumn Statement, only to be forced into a U-turn less than a week later by opposition from Tory supporters.

The most significant proposal in the Taylor Review is the idea that people who are what it calls “controlled and supervised” by an employer should be reclassified as workers rather than self-employed. This would potentially make them eligible for the full range of workers benefits, such as the minimum wage, sick pay and entitlement to paid annual leave, and would be in keeping with several recent court judgements over the status of gig economy workers. Whether businesses who’ve built their models around using these types of employment arrangements would accept such changes could be another matter entirely.