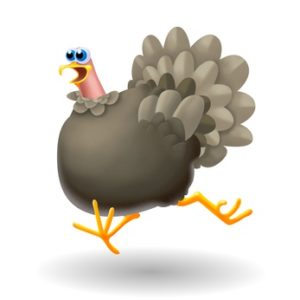 The cost of building the UK’s first new nuclear power station for a generation, Hinkley Point C in Somerset, has gone up by £1.5 billion according to a new official estimate from the project’s main developer, French energy giant EDF. This represents an increase of almost 10% compared to the firm’s original estimate of £18 billion.

News of these cost overruns – which were detailed in an official review of the project by EDF that also said there was a danger of the project being delayed by 15 months from its official target of being up and running by 2025 – are just the latest stage in what has become a long-running saga.

Famously, when the project was first mooted back in 2007, EDF’s CEO Vincent de Rivaz predicted that UK energy customers would be cooking their Christmas turkeys using electricity provided by Hinkley Point C in 2017; now the reactor’s official activation date has not only been put back by eight years from its original target, but news of these cost overruns and delays also has worrying echoes of EDF’s other large new reactor project at Flamanville on the Normandy coast, which is thought to be six years behind its original schedule and more than three times over budget.

Hinkley Point’s development was held up between 2008 and 2016 by a number of obstacles which it had to overcome, most notably the need for EDF to share the cost of financing the project with another partner; a deal wasn’t agreed with the Chinese state-owned nuclear energy firm CGN until 2015, and then the UK government didn’t finally sign off on the deal until after Theresa May was elected last year. Given the extent of the delays which have occurred at Flamanville – where the new nuclear power station is a prototype for the same type of reactor which is supposed to be installed at Hinkley Point – the project’s backers now face the worrying possibility that there could be even larger delays ahead.

Could Hinkley’s goose be cooked?

The government has consistently claimed that Hinkley Point C will deliver a number of benefits compared to alternative options for replacing the UK’s ageing fleet of power stations: nuclear energy is low-carbon; the plant should produce 7% of the UK’s total energy needs once it is fully up and running; the project is expected to generate 25,000 jobs within the local economy; the partnership with EDF and CGN could fertilise a wave of further new nuclear energy projects in the UK; and, lastly, the deal is structured so that EDF and CGN bear the risk of delays and cost overruns.

However, IF questioned many of these supposed benefits in our Toxic Time Capsule report last year, and a recent evaluation of the project’s value-for-money implications from the National Audit Office (NAO) also expressed scepticism about many of them. What seems particularly relevant following this revelation about the increasing cost of the project is the government’s argument that cost overruns will be borne entirely by the development consortium, as one of the NAO’s criticisms was that “there remains the risk that NNB Generation Company Limited (NNBG) will seek further financial support from the government, notwithstanding the contractual terms of the deal.” It has very often been a criticism of public-private partnership-type deals in the past that it is very difficult to facilitate genuine risk-sharing between the public and private sectors, not least because governments often tend to throw good money after bad in order to avoid admitting that they made the wrong decision to support a particular project in the first place.

While Hinkley Point C is probably now too far down the tracks for the government to change course, this may be the first indication that they should brace themselves for a long and difficult journey before the power station can ever cook anyone’s Christmas dinner.