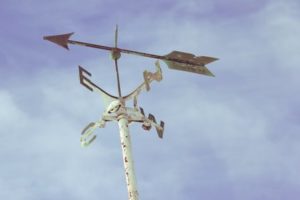 The UK has the largest generational gap of any European country in its attitude towards immigration, according to data from the latest edition of the British Social Attitudes Survey (BSA). The survey confirmed the trend which other sources have identified that one of the defining features of contemporary British society is the large and growing divide between the social views of younger, better-educated people and older, less well-educated ones, and that this difference in attitudes is most marked over the issue of immigration.

The BSA is one of the best available data sources in the UK for understanding changes in public opinion over time. Since the first wave was undertaken in 1983, the BSA has provided an annual barometer of how public attitudes towards a wide variety of important political, economic and moral issues have shifted over time. The latest wave, the 34th edition, was based on questioning a nationally representative sample of 2,934 British adults, who underwent face-to-face interviews between July and October 2016 (which means, significantly, that these data were gathered after the Brexit referendum, but before any of the tragic terrorist attacks which have occurred in 2017, or the snap general election was announced).

Since 1992, the BSA has been asking people about their attitudes towards the EU. Unsurprisingly, the latest edition found the largest ever share of respondents who said they wanted Britain to leave the EU at just over 40%; as strange as this may seem now, it was under 20% for the whole of the period between 1992 and 2008. The BSA also asked people about the most important issues that determined how they voted in the referendum. In a sense, what they found was unsurprising: immigration appears to have been the most significant issue, which also helps to explain why age was so important in separating Leavers and Remainers; as the BSA’s report puts it: “the result [of the referendum] reflected the concerns of older, more ‘authoritarian’ or social conservative voters who were particularly worried about immigration. Any suggestion that immigration was not at the heart of this vote runs counter to what we have found.”

What is particularly significant is the extent of the intergenerational divide which the BSA uncovered in attitudes towards immigration. This cut across not only age, but also education as well. The BSA found that 62% of those with a degree, and 48% of those aged 18–29 now believe immigration has “a positive impact on the economy”, compared with just 29% of those with GCSEs as their highest level of qualification or no qualifications and only 29% of those aged over 70.

Most importantly, the BSA also undertook an analysis of Europe-wide data on attitudes towards immigration which showed that this social and age divide is larger than in any other European country. Comparing the percentage of UK social survey respondents who are under 45 and have a university education who say they think immigration has a positive economic impact with the share of over-65s with GCSEs or below as their highest qualification who say the same thing reveals a gap of 46 percentage points. Interestingly, the second-largest gap in attitudes between these two groups is found in Sweden (43%), followed by Slovenia (42%), France (41%) and Denmark (36%). The smallest intergenerational gap is found in Hungary, where it is only 4% (although this may be because of high hostility towards immigration among all age groups).

The reason why this finding is important is because it builds on previous research, such as YouGov’s analysis of voting patterns at the 2017 general election, which show that age and education have become the two most important determinants of peoples’ attitudes and how they will vote in UK politics. Policy-makers and commentators increasingly need to be aware of this massive divide if they want to understand many of the key debates shaping British society.