In the first of two blogs about intergenerational stories arising from newly-released British Social Attitudes Survey data, David Kingman looks at attitudes towards the state pension and welfare spending 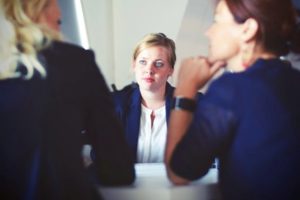 The state pension is no longer the British public’s top priority for additional public spending, according to the latest evidence from the British Social Attitudes Survey (BSA), which shows that attitudes towards public spending on welfare benefits are currently undergoing a dramatic change. What do the data show?

The BSA is one of the best available data sources in the UK for understanding changes in public opinion over time. Since the first wave was undertaken in 1983, the BSA has provided an annual barometer of how public attitudes towards a wide variety of important political, economic and moral issues have shifted over time. The latest wave, the 34th edition, was based on questioning a nationally representative sample of 2,934 British adults, who underwent face-to-face interviews between July and October 2016 (which means these data were gathered after the Brexit referendum, but before any of the tragic terrorist attacks which have occurred in 2017, or the snap general election was announced).

Although not every single question is repeated every year, enough data have been collected to demonstrate quite dramatic shifts in public opinion over time. One of the highest-profile themes which the BSA addresses is public attitudes towards the welfare state and public spending. Every single edition of the BSA has asked the public whether they think the government should increase taxes and raise public spending or reduce taxes and spend less. Broadly speaking, the responses to this question remained relatively consistent throughout the 1990s and early 2000s, when around 60% of the public said they supported higher taxes and spending; this support then underwent a marked decline beginning in 2002, hitting a low of only 30% when the coalition government was elected on a pro-austerity platform in 2010. Since then the share of respondents who say they support higher taxes and spending has demonstrated a slight upward trend, which has increased markedly in the last two years, and in the latest edition it hit almost 50% for the first time since the turn of the century.

What makes this story particularly interesting is that the public are also asked which areas of public spending they think should be higher or lower priorities for receiving additional resources. The public has consistently demonstrated a preference for more public spending to go on the NHS and education, which held true for the latest edition (83% of respondents said they wanted higher spending on the former and 71% on the latter). When the public are asked what they think the top priorities for public spending on benefits should be, they have also consistently demonstrated a preference for making the state pension more generous rather than spending more on working-age benefits; but the 2017 edition suggests that this trend may have gone into reverse.

The data suggest that respondents’ hostility to working-age benefits has to some degree been based on false perceptions about the extent of benefit fraud: 22% of respondents said they thought that most benefit recipients were “fiddling” the system and 21% said they believed that most benefit recipients did not deserve help (and these were actually relatively low percentages compared to recent years), even though the government’s official estimates suggest that only 1.3% of total welfare spending is lost to cases of fraud and errors.

Meanwhile, the proportion of respondents identifying retirement pensions as being among their top two priorities for extra welfare spending is now just 60%, down from 72% in 2014 and the lowest it has ever been.

While it is too early to say whether these changes in attitudes will prove lasting over time, it is possible to conclude from them that the public is growing tired of austerity and would like to see the welfare state do more to help those in need; and also that arguments over the fairness of allowing the state pension to rise in value through the “triple lock” while working-age benefits have been frozen are starting to enter the mainstream of political debate.