In light of the Queen’s Speech and the Conservative-DUP deal, David Kingman asks whether the intergenerational policies in the Conservative Party election manifesto actually cost them votes 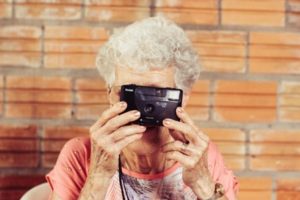 A week and a half on from the UK general election, the electorate finally knows what kind of government they are going to have for the foreseeable future following the confirmation of the “confidence and supply” arrangement between the Conservatives and the Democratic Unionist Party (DUP). One of the key clauses of the written agreement that was signed by the chief whips of both parties on 26 June says “both parties have agreed that there will be no change to the pension triple lock and the universal nature of the winter fuel payment.”  The agreement came only a few days after the Queen’s Speech, which contained a vague promise that new plans for reforming the adult social care system would be announced at some point over the next two years – implying that the government has backed off the controversial reforms to adult social care that were included in its election manifesto.

Many commentators have drawn a direct line of causation between the Conservatives’ disappointing performance in the general election and the party’s unpopular manifesto commitments to restrict pensioner benefits for wealthier members of the older generation and make them pay more of the cost of their social care. Therefore it is unsurprising that the party now seems to be quietly reneging on both of these promises. But is that what really happened? And is this a viable solution to the UK’s concerns over intergenerational fairness?

Did the grey vote desert the Tories?

It has become a basic truth of British politics that older people are more likely to vote for the Conservative Party. This explains why some Conservative MPs are believed to have reacted angrily to the party’s election manifesto, as the party seemed to be offering up policies that would directly harm the material interests of a key section of their voter base. Indeed, looking back at the truncated election campaign, it often feels as though the publication of the Tory manifesto marked the moment when the party first started to lose ground in the polls to Labour.

However, the actual evidence on how people voted doesn’t really seem to support the idea that the Tories’ stance on intergenerational issues was what cost them their majority. YouGov’s authoritative How Britain voted in 2017  report demonstrates conclusively that the older generation overwhelmingly supported the Conservatives on polling day: 58% of voters aged 60–69 backed them, and so did 69% of voters aged 70+. If these data are accurate then the Tories may have actually done better among older voters than they did at the 2015 general election, when YouGov’s post-election research suggested that only 45% of the over-60s favoured the Conservatives (although the different breakdown of the age groups makes it difficult to know for certain). There was also no indication that older peoples’ turnout was suppressed: YouGov’s evidence suggests that it was above 75% among both of the two oldest age groups, far higher than it was for any of the younger ones. It’s possible that enough older voters who were thinking of voting Tory in key constituencies might have abandoned the party to hand victory to their rivals, but it seems more likely that this age group’s general dislike for Jeremy Corbyn overrode their reservations about the Conservative manifesto.

Back in the “too difficult” box?

If this evidence is accurate then it suggests that the Conservatives are barking up the wrong tree when it comes to blaming their electoral underperformance on the negative reaction which their manifesto drew from older voters.

That would be a great shame for public policy, particularly when it comes to adult social care, as although the Conservatives’ policy was far from perfect it did at least demonstrate a willingness to grapple with a hugely complicated and controversial subject. Numerous experts and copious amounts of research over the past year have demonstrated that the social care system is in crisis, but for too long politicians have proved willing to park the issue in the “too difficult” box of policy dilemmas for fear of creating a solution that angers too many voters. Unfortunately, it looks like adult social care is likely to languish there once again.