The new Conservative government under Theresa May will abandon the austerity agenda of her predecessors. That is at least the claim. David Kingman looks for the evidence 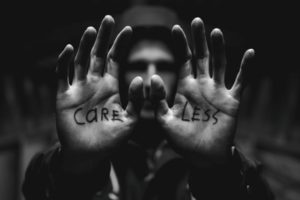 Following the recent British general election which resulted in a hung parliament, there has been much talk within the media about how Theresa May’s government is now set to depart from the severe public sector austerity agenda that was implemented by David Cameron and George Osborne between 2010 and 2016. Most recently, Osborne’s successor as Chancellor, Philip Hammond, has said in public that the government recognises that its poor performance in the election was partly due to the public being weary of public spending cuts.

This is all very well, yet the reality of politicians’ actions often fails to live up to their rhetoric. So is the government merely window-dressing, or are they really going to change course?

The scale of government spending cutbacks since 2010 has been dramatic. The Institute for Fiscal Studies has recently shown that on the government’s current public spending plans – which were produced before the election, but which they still remain committed to – total public sector spending will have fallen by 13%, or almost a sixth, in real terms during the decade between 2010/11 and 2019/20.

However, this statistic understates austerity’s true impact because it has not been shared evenly across all areas of government activity: certain types of government spending, including on schools and hospitals, were ring-fenced during the 2010–15 parliament, and spending on the welfare state for pensioners has been allowed to rise significantly, necessitating deeper cuts elsewhere. Services provided by local government have seen disproportionate cut-backs, as have the young and working-age families on low incomes. Public sector employment has fallen by over a million people since 2010 (despite the addition of staff in some areas, such as further education colleges), and remaining public sector staff have endured falling pay in real terms since 2016 because of a cap on pay rises.

For younger adults, the freezing of benefits has arguably been the austerity measure which has had the largest impact. Announced by Osborne in 2015, the benefits freeze committed the government to freezing the value of the main working-age benefits – Universal Credit (and the benefits which are gradually being replaced by it as the Universal Credit system is implemented, including Housing Benefit and Jobseeker’s Allowance), Child Benefit and Working Tax Credits – in real terms for the next four years, until 2019/20.

This means that their spending power will be gradually eroded by inflation throughout this period. Very importantly, when the policy was first announced the government forecast that inflation would be relatively low throughout this period, at under 2% each year according to their official impact assessment. That was expected to save the government £3.5 billion by 2019/20. However, since this policy was implemented inflation has gained a significant amount of steam, hitting 2.9% in May. This will save the government more money while, conversely, cutting the spending power of low-income working-age households even further.

In intergenerational terms, the sharp contrast with the way that the spending power of pensioner households has been protected seems impossible to overlook. An analysis by the Resolution Foundation showed that the real value of the state pension has grown by around 17% since April 2003, while over the same time period the Jobseeker’s Allowance has seen no overall growth in its value, and Child Benefit for a first child is now worth around 5% less. As the triple lock continues to protect the spending power of the state pension, this divergence will grow if inflation increases continue to bite over the coming years.

The newly elected government doesn’t have to follow through with this policy; given that that their manifesto included a promise to remove the triple lock, it would be perfectly legitimate for them to change course by uprating benefits for both poorer pensioners and the working-age poor using the same index of inflation. However, given that they could also conclude that their pledge to remove the triple lock was one of the reasons why they didn’t win an overall majority, it may not be in their political interests to share the pain of rising inflation more evenly.