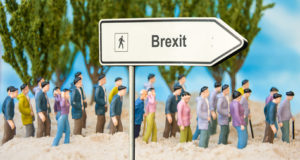 Thousands of British pensioners who live in the EU could potentially return to the UK following Brexit, where it would be significantly more expensive to provide them with healthcare than it would be under current arrangements, according to a new report. This is just one of the possible consequences of Brexit that is analysed in a new report from the Nuffield Trust, Getting a Brexit deal that works for the NHS, which suggests that Brexit could have significant consequences for the UK’s ageing population.

Several of the report’s most important conclusions address the issue of migration, which will play a crucial role in the Brexit negotiations. The UK’s future migration policy has a number of implications for both NHS staff and patients. Firstly, there are thought to be around 145,000 British pensioners who currently live in other EU countries, where they are entitled to access local healthcare services on the same basis as locals under the EU’s reciprocal “S1” scheme.

Member states are required to make financial contributions to other countries to help pay the costs of this scheme – which currently cost the UK around £500 million per year, according to the report. Experts have previously warned that there is a severe danger that thousands of British ex-pat pensioners, many of whom have relatively low incomes, could be forced to return to the UK following Brexit if these reciprocal arrangements are no longer maintained in the future. The Nuffield Trust warned in its report that it would be significantly more expensive to meet the healthcare and social care needs of these pensioners in the UK than it would be under the present arrangements, and if all of them decided to return to the UK (a remote possibility, admittedly), the additional strain it would place on the NHS would be equivalent to filling 900 hospital beds a year.

Secondly, the health and social care services are also likely to find that they have increasing problems with recruiting enough staff following Brexit, as the UK over recent years has become increasingly dependent on doctors, nurses and social care workers recruited from the EU. Attempting to make precise estimates is difficult because of the uncertainty surrounding both the need for staff and the type of immigration policy the UK will have in the future – even if we do end the free movement of labour, will we have a bit less, a lot less, or virtually no EU migration in the future? – but the report quotes figures which suggest that if Britain imposes a very restrictive immigration policy going forwards it could result in shortfalls of 20,000 nurses and 70,000 social care workers by 2025/26.

Will these pressures from Brexit “break” the NHS? The report stresses that the single most important issue will always be the amount of funding the NHS receives, which could potentially offset all these other problems; higher wages for NHS staff could make the jobs more attractive to natives, for example, reducing the dependence on workers from overseas. However, the Nuffield Trust are keen to point out that the Leave campaign’s implied claim that Brexit would enable the UK to spend an extra £350 million in reclaimed EU budget contributions on the NHS is almost certainly fantasy. Although the uncertainties involved are enormous, the Nuffield Trust estimates that it may be possible to provide the NHS with the sum the leaders of the Leave campaign actually promised to provide the NHS with during the campaign of £100 million per week in additional funding, if they are able to leave the EU with a relatively small “divorce settlement”, avoid paying future contributions into the EU budget as part of a trade agreement, and prioritise spending on the NHS above replacing EU funds for other things such as agriculture and research.

Of course, beyond the immediate future the single most important issue affecting the NHS budget is the health of the UK’s economy and tax base. Brexit will undoubtedly have a major impact one way or another, but for now it’s just too early to tell.