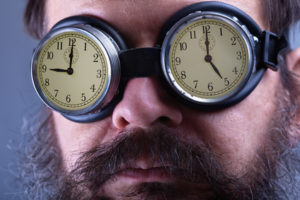 The number of young people who are officially recognised as NEET (Not in Education, Employment or Training) is continuing to fall following the Great Recession, according to the latest estimates from the Office for National Statistics (ONS). Given that young people are disproportionately harmed by unemployment, this looks like good news. But if it is happening partly because of tightening up the welfare state and the rise of “bad” jobs, is it really quite as good as it seems?

NEETs on the decline

Of these 800,000 NEETs, just over four in ten are believed to be looking for work but unable to find it, while the remainder are considered to be economically inactive (which means they are either not looking for work or are unable to work, for example because they are caring for someone or they have an illness or disability themselves). The proportion of young people who are NEET has been falling fairly steadily over the past five years, when in total it has gone down by five percentage points.

The main reason why this is good news is that there is a large amount of evidence that suggests being unemployed relatively early in your working life has long-term negative effects. Most significantly, it has been associated with the problem of “wage-scarring”: for example, economists at the University of Bristol calculated in a 2004 research paper that being unemployed near the beginning of your working life was associated with a wage penalty of between 12% to 15% at age 42 when compared to other workers with similar demographic characteristics who hadn’t been unemployed.

Common sense suggests some fairly straightforward reasons why this would be the case: people who spend less of their lives in work have less time to develop the skills, experience and contacts which many careers rely on, for example. This suggests that getting young people into some kind of work, even if it isn’t necessarily under ideal circumstances, will be better for them in the long run than if they are languishing on the sidelines.

Yet it’s worth asking if the kinds of work that former NEETs end up doing are really likely to benefit them very much. The economist Matthew Taylor, head of the government’s public inquiry into the so-called “gig economy”, recently drew headlines when he argued that the UK’s low unemployment is masking a serious problem with too many “bad jobs”, which trap workers in roles with low productivity and low pay. Although the issues surrounding them are more complex than is often depicted, IF has drawn attention in the past to the fact that young people are disproportionately likely to be employed using zero-hours contracts, which may provide inadequate incomes for full-time workers to live on. And since 2010, the Conservative-led governments have disproportionately tightened access to the welfare state in ways that affect young people, which presumably forces more of them to accept exploitative and undesirable work. A recent report from Sheffield Hallam university warned that over half of people under 35 living in the South East cannot to rent even in the cheapest 25% of areas ahead of the tightening of access to Housing Benefit for members of this age group, many of whom are worried that they won’t be able to pay their rent if they become unemployed.

Overall, a fall in the number of NEETs looks like good news. But we shouldn’t allow that to be our only tool for measuring whether Britain’s labour market is working successfully for young people. Work should be about self-empowerment, dignity and enabling people to fulfil their potential as human beings; whether the kinds of work that many former NEETs are going into satisfies these broader aspirations is very much open to debate.