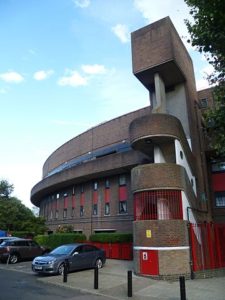 The housing crisis facing young people living in the South East is set to intensify after 2019 when the government’s Shared Accommodation Rate (SAR) policy is extended for the first time to under-35s living in housing association accommodation, according to new research by Sheffield Hallam University. What is SAR, and how will it affect young people?

Academics at Sheffield Hallam University were commissioned by the Consortium of Associations in the South East (CASE), a group of ten housing associations, to investigate the impacts of SAR on younger social housing tenants. The Shared Accommodation Rate is the amount of housing benefit which someone can claim to cover the cost of a single room in shared accommodation (such as a shared flat or bedsit). The government’s policy is to restrict SAR in the social housing sector to the same level as the Local Housing Allowance (LHA) cap (the maximum amount that someone living in the private rented sector is entitled to claim).

While this may sound like a matter of administrative detail, it has serious ramifications for the people affected; the housing associations that commissioned this research are worried that many of the younger people who they let properties to will be unable to afford them if their housing benefit is reduced to the level of SAR. This has caused widespread consternation within the housing association industry ever since the change was announced, with many housing associations being very concerned about the viability of their business model if the incomes of their tenants are restricted in this way.

The report that was produced – Capping aspiration: The millennial housing challenge – provides a stark warning about what the impacts of this policy are likely to be on young people. Its headline finding is that SAR is likely to have a disproportionately large impact on young people who live in the South East because of the high cost of private rents in that particular region: the research found that over half (51%) of all under-35s would be unable to afford to rent a property in the lowest quartile of private rents across the region (i.e. the cheapest 25% of properties on the market). Among under-25s, the figure rises to 76%.

The high cost of renting in the South East makes young people who live there disproportionately dependent on affordable housing: housing associations across the region currently house over 15,000 people aged under 35, 85% of whom will be affected by the new cap. Modelling that was undertaken for the report suggests that among the 12,500 people who will have their housing benefit reduced by the cap, the average shortfall between the current rent and their housing benefit will amount to over £55. Given that most of these tenants are on low incomes to begin with, that will leave the typical tenant in this age group with only £18 per week to pay for all their other living costs. A jobseeker who is looking for work will be particularly badly off, with only £2.79 left over.

The report recommends that housing associations ought to be given the freedom and flexibility to continue to meet the housing needs of people who are under 35. Should the introduction of SAR go ahead, many of them are likely to find it significantly harder (if not impossible) to get a social housing tenancy. One of the people who commissioned this research, Ann Santry, Chief Executive of Sovereign and chair of CASE, warned that:

“Housing associations have a great track record of providing homes for young people, including those that need a bit of extra support. The Shared Accommodation Rate, along with the constraints placed on housing associations and local authorities, is putting even social housing, which is supposed to be there when we need it most, out of reach for this group.”