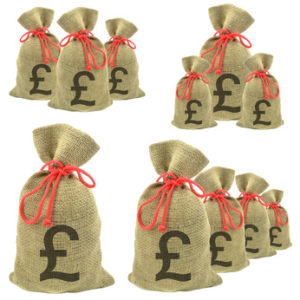 A subject which has come up frequently during the campaigning for Britain’s unexpected general election has been the potential increases that both main parties say they would make to Britain’s minimum wage. Both Labour and the Conservatives have pledged to make quite large increases to the amount that Britain’s lowest-paid workers receive for their work (although Labour’s proposal is the significantly more generous of the two). Given that young people are disproportionately likely to be low-paid, these proposals would have big implications for the employment of younger workers. Would they be good or bad?

Britain’s minimum wage system – which was first introduced in its modern form under Tony Blair – is more complicated in reality than it sounds on paper. The UK currently has five separate rates of minimum wage which different workers become eligible for on the basis of their age (the principle behind this is that younger workers tend to be less employable than older ones because they’ve gained fewer skills and less experience on the job, so lower minimum wages give employers more of an incentive to hire them). The current minimum wage rates in 2017/18 are £7.50 an hour for those aged 25 and over, £7.05 for 21–24 year olds, £5.60 for 18–20 year olds and £4.05 for 16–17 year olds, as well as the separate apprentice rate of £3.50 (apprentices can be of any age, although they tend to be young).

The basic goal of the minimum wage is to protect the incomes and living standards of the lowest-paid workers in a way that is more efficient than it would be to simply top up low wages through the benefits system. However, most economists believe that minimum wages have to strike a difficult balance between being high enough to genuinely fulfil this function while not being so high that employers stop offering people work. Ever since it was first introduced, the UK’s system has been considered something of a model internationally because it is set by an independent, non-party-political quango called the Low Pay Commission, which recommends how high the different rates of the minimum wage should be on the basis of a lengthy process of consultation and evidence-gathering.

However, Britain’s moribund wage growth over recent years has placed politicians under increasing pressure to raise minimum wage rates so that workers’ incomes can keep pace with the rising cost of living. Broadly, that is what both the Conservatives and Labour have now pledged to do, albeit in different ways. Despite traditionally being seen as the party of business, it was actually the Conservatives who struck the first blow against the current system when George Osborne announced the new National Living Wage in the 2015 Budget, which only affects over-25s. The Conservatives’ current plans are for the NLW to reach 60% of median (middle) hourly earnings in 2020, currently forecast to be £8.75. Now Labour has included a pledge in its manifesto to raise the minimum wage significantly above this level, to £10 per hour by 2020. As well as being much more generous, Labour’s proposal would also affect a much larger number of workers because it would apply to all age groups, not just the over-25s (effectively making the Low Pay Commission’s role redundant).

How much would it help younger workers?

The Institute for Fiscal Studies – which recently criticised both major parties for being dishonest with voters about the impacts of their policy proposals – has produced an assessment of both parties’ proposals which emphasises that the issues at stake are very complicated.

Their analysis was very concerned with the point that the level at which employers stop offering work is unknown, so there is no way of knowing whether these relatively large, unscheduled increases in the minimum wage would have adverse effects on employment or not. However, they do point out that both proposals would make the UK’s minimum wages relatively high in international terms, with Labour’s proposal in particular matching the level in France, which currently has the developed world’s highest minimum wage.

They also made two other points which seem especially pertinent with regard to young people. Firstly, they are very worried that Labour’s proposal would increase the minimum wage rates for young workers to such a large extent that there would be as serious danger of job losses:

“Labour’s plan to extend their proposed £10 minimum wage to all employees aged 18 and over amounts to a 62% increase in the minimum wage for 18–20 year olds and a 29% increase for 21–24 year olds, relative to earnings indexation. This would mean that 60% of 18–24 year old employees would be paid the minimum, including 77% of 18–20 year olds. Given that unemployment can have severe and long lasting effects on young people, even a modest negative employment impact resulting from such large increases in their minimum wages would be a cause for considerable concern.”

Secondly, they argue that raising the minimum wage is a less effective tool for boosting the living standards of the lowest-paid than is commonly assumed because a large share of minimum wage earners actually live in middle-income households (in other words, they live with higher-earning partners), whereas the majority of the lowest-paid households live in households where no-one works. Boosting the living standards of struggling workers, especially the young, is a sensible aim, but the facts suggest that a higher minimum wage is not necessarily the best way of achieving it.