With election day looming, Angus Hanton, co-founder of IF, assesses the Labour, Conservative and Lib Dem party manifestos to check their intergenerational credentials 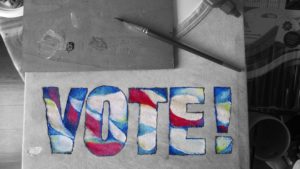 Whilst the Intergenerational Foundation is strictly non-party-political, this general election is more focused on issues of intergenerational fairness than any previous one.

All parties have acknowledged issues of intergenerational fairness and have adopted the language of fairness between generations. Areas such as pensions, the environment, taxation, social care costs and university tuition fees are all couched in terms of fairness between young and old.

Here we spotlight some relevant quotes, look at some keyword counts and compare the different parties’ positions on specific areas where there are concerns of fairness to younger generations.

Interestingly some terms that used to dominate manifestos have almost dropped out of circulation completely this time round. Labour has made no mention of the words “unemployment” or “inflation” and the Conservatives make only a couple of passing references to these issues.

They talk the talk…

“Building a clean economy is the most important thing we must do for our children, grandchildren and future generations.”

Conservatives – no change in charges, but more investment in transport

Labour – no change in charges, but more investment in integrated transport

Labour – increase options for downsizers in the private sector

Conservatives – make older people pay more from their own resources so that younger people don’t have to pay for it, but allow older people to keep £100,000

Labour – continue government provision but funding to be by wealth tax, employer care tax or a “social care levy” on employees

Lib Dems – new borrowing should be only for investment

Conservatives – continue to increase it with life expectancy increases

Lib Dems – no mention at all

Lib Dems – discourage them through a “good employer” kitemark