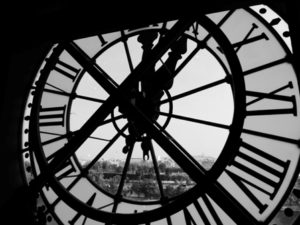 Among the many policy pledges which the Labour Party’s 2017 election manifesto contains on strengthening workers’ rights, one of the most high-profile is their intention to ban zero-hours contracts if they end up forming the next government. Given that we know young people disproportionately use zero-hours contracts, would this policy be likely to benefit them?

It’s often striking how quickly things can change in politics. As recently as the 2010 general election, the term “zero-hours contracts” barely featured in the political lexicon; now they are regularly evoked by politicians and commentators alike as an emblem of modern Britain’s laissez-faire, unregulated labour market, in which the gap between economic winners and losers has grown precipitously wide. They have already been the subject of one official public inquiry on their own, which reported in 2014, and are expected to feature heavily in the major investigation into the precarious working arrangements of the “gig economy” that is currently ongoing.

In the same week that the Labour manifesto was leaked, the head of the government’s inquiry, the RSA’s Matthew Taylor, warned that many voters have become disillusioned with the changing landscape of modern work, where too many businesses seem to be allowing exploitative arrangements to flourish. Horror stories like the employment practises of Sports Direct, and the legal battles which people employed by “gig economy” businesses such as Uber and Deliveroo are waging to win recognition as workers, have helped to keep the issue in the public eye and contribute to the extremely negative perception that zero-hours contracts suffer from.

Zero-hours contracts are an especially pertinent issue for young people because the available evidence indicates that a third of the people employed on them are aged 16–24. They are disproportionately likely to work in relatively low-skilled occupations in sectors such as leisure and hospitality, and almost one in five are also in full-time education.

Given the amount of negative press that zero-hours contracts receive, it is interesting that the evidence from the ONS’s Labour Force Survey suggests that 60% of people who are on them say they don’t want to work any additional hours in their current jobs. Indeed, less than 10% say they want a different job that would offer them more hours, and only 20% say that they would like more hours in their current job.

While it is extremely important not to belittle the experiences of the workers who feel they have been terribly exploited by zero-hours contracts, this evidence does suggest that the majority of people who use them are satisfied with the type of work that they provide. These findings imply that the zero-hours workforce is split between this large group for whom they do work – which probably disproportionately includes students who want paid work that fits in around their studies – and a smaller (but still significant group) who are compelled to accept zero-hours contracts out of a lack of viable alternatives. This is almost certainly having a very exploitative impact in particular sectors where zero-hours contracts have become the dominant tenure of employment, such as in adult social care, for example.

The problem with Labour’s pledge to ban zero-hours contracts is that they represent only a very small part of the UK’s much larger problem of insecure employment practices: the most generous ONS estimate is that they account for only 6% of all employment contracts (and probably a smaller share of overall jobs, given that the same individuals may have several at once in order to ensure they receive a more regular income). There is a real danger that the amount of attention which this relatively small area of the labour market receives will distract attention away from some of the much bigger problems, such as bogus self-employment, long-term youth unemployment and forced part-time work. Banning zero-hours contracts may help some workers, but bigger problems will remain.