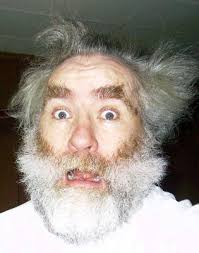 The Institute and Faculty of Actuaries (IFoA) has recently released its Mortality Projections Model for 2016, which revises downwards the predicted increases in life expectancy made last year. This raises questions over the potentially greater affordability of defined benefit (DB) pension schemes and reduced need to raise the state pension age.

Based on the previous estimates, DB deficits were calculated at £1 trillion by Hymans Robertson. Willis Towers Watson has stated that the new figures could cause pension fund liabilities to fall by up to 2%, which would mean DB deficits could decrease to £980 billion. This seems unlikely to give younger generations much cause for celebration. Even the reduced figure equates to a debt of roughly £36,000 per household, and that is before government borrowing and other liabilities, including the state pension, are taken into account.

This negligible impact of the 2016 predictions gives little reason for further retention of final salary schemes, as some have suggested it might. The new estimates have revised life expectancy down by five months, but this appears slight indeed when compared to the twelve-year increase since 1970, at which point life expectancies were at the sort of level for which many current DB schemes were designed.

The state pension age is a similar story. IF calculated a state pension liability of £3.8 trillion using the old figures, and reducing this figure by 2%, or £76 billion, fails to make much of a dent in it. Admittedly, a further reduction will need to be made if the government pursues John Cridland’s recent recommendation to raise the state pension age to 68 by 2039, but this too is a vanishingly small factor in the context of the profound demographic change the country has experienced in the last fifty years.

It should be remembered that this report does not predict decreased lifespans; it simply claims they will not increase as fast as previously thought. Even if the rate of predicted growth was nil, the SPA lags far behind life expectancies and will continue to do so for many years. It would be overly simplistic to impute an SPA of 72 from the twelve-year increase in life expectancy in 1970, when people retired at 60, but this is not far off the mark.

Even if the government does adopt Cridland’s recommendation, it will be over twenty years until the SPA is within even four years of this. While there are indications that the growth in life expectancy may be slowing down, there is nothing to suggest that it will actually decrease and compensate for inadequate changes to the SPA.

It is beyond the scope of this article to get involved in the permutations of the Age-Period-Cohort-Improvement model or the period smoothing parameter used, among other techniques, to generate the predictions. Suffice it to say that the Continuous Mortality Investigation changed certain aspects of their methodology from last year, and that this was partly responsible for the decrease in mortality. With a constant method, the drop would have been lower. The 2% quoted above and the slim cause for optimism that goes with it thus actually overstate the improvement in the situation.

It would be possible to argue, as some already have, that this report gives reason for employers to uphold their contractual commitments and ensure the welfare into old age of people who have been working hard for their whole lives. These are of course important considerations. Yet there is a balance to be struck between pensioner welfare and intergenerational fairness, and the scales are currently tipped overwhelmingly in the pensioners’ favour. The IFoA’s new report takes a weight off their side of these scales, but it is only very small, and not one that should be allowed to occlude the wider picture. A potential £96 billion of savings may sound like a lot, but sadly it is just a drop in the ocean compared to £4.8 trillion.