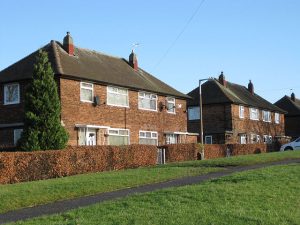 One of the difficulties with working in the field of intergenerational justice is that it naturally operates over lengthy timescales; it’s often only possible to identify an intergenerational injustice that was committed in past years later, once enough water has passed under the bridge for us to have a good idea of its long-term consequences. Pointing the finger of blame at a particular government or an individual policy is also inherently difficult because of the sheer complexity of the social world, in which large-scale problems have many different causes.

Britain’s housing crisis is a very good example of such a problem: we know that members of the Millennial generation have found it much harder than their predecessors to access good-quality housing at an affordable price, but this trend is the long-term consequence of many different factors, including problems with the planning system, government housing policy, the behaviour of private housebuilders, financial markets and issues within the wider economy.

However, you do occasionally find clear evidence of individual government policies that indisputably made life better or worse for future generations. As the title of this article suggests, the introduction of the “Right to Buy” policy in the 1980s can be considered one of the greatest intergenerational injustices in recent political history, as some new evidence underlines.

Governments of all stripes are responsible for catastrophic failures of policy. In 2013, two political scientists from the University of Essex, Anthony King and Ivor Crewe, published The Blunders of our Governments, a book that ran to almost 500 pages devoted to identifying the most egregious government policy mistakes that have been committed since the mid-1980s. They found room in their book for policy blunders both famous and obscure, from the introduction of the Poll Tax under Margaret Thatcher to the disastrous Public Private Partnership that was created to upgrade the Tube under New Labour. But one policy programme which they deliberately left out was the Right to Buy.

This was not because the two authors were ardent proponents of Thatcherism; rather, it was because their definition of a “blunder” was essentially a government policy which had failed when its success was measured against the original objective for implementing it, at least within a reasonable timescale. When measured against this yardstick, the Right to Buy can only be considered an enormous success: introduced in the 1980 Housing Act because the Thatcher government wanted to create a “property-owning democracy”, in the former Prime Minister’s immortal phrase (and broaden the Conservatives’ appeal to working-class voters), the policy – which gave existing social housing tenants the right to purchase the homes they rented at a significant discount against market values – resulted in around 1.8 million council homes being transferred to the private sector by 2014/15 (the policy continued under both John Major and then the subsequent New Labour governments, albeit with some modifications). When it was debated in the Commons, the original Act was described by the Secretary of the Environment at the time, Michael Heseltine, as “the basis for perhaps as profound a social revolution as any in our history… Certainly no single piece of legislation has enabled the transfer of so much capital wealth from the State to the people.”

However, the reason why this constituted an intergenerational injustice was that this transfer of wealth was largely a one-off bonanza that benefited a relatively small group of very fortunate individuals at the expense of their successors. Most of the social housing that was sold off was never replaced because local authorities had their powers to borrow money to finance new housing development severely curtailed; this was always part of the underlying rationale behind the policy, as the main emphasis of Thatcherite housing policy was to vastly reduce the role played by the State in favour of private developers and private landlords.

The policy has imposed very significant hidden costs on subsequent generations who didn’t benefit from the Right to Buy. This was underlined by some research by the BBC’s Freedom of Information department which showed that local authorities in certain parts of England have spent millions of pounds in recent years buying back former council properties from the market at a significantly higher price than the one they were originally sold at. The most extreme example was Islington Council in North London, which in the past two years has spent £6.2 million re-purchasing 25 properties it originally sold for less than £1.3 million under the Right to Buy scheme; likewise, to give two other examples, the BBC found that Camden Council bought back 29 homes for more than £2.5m, 11 of which had been sold originally for about £335,000, and Wakefield Council spent more than £2.5m on 35 homes it originally sold for more than £981,000.

Although the Thatcher government greatly limited Councils’ capacity to provide housing, they still retained the same legal responsibilities they had had previously to prevent homelessness; this has left many operating under ever-greater pressure to find new sources of housing as homelessness has soared in recent years. The recent report by the Public Accounts select committee into Britain’s housing contained the sobering reminder that the number of families living in temporary accommodation increased from 50,000 in 2011/12 to 72,000 in 2015/16, and almost 120,000 children in England currently live in temporary accommodation. As the original design of the Right to Buy policy aimed solely to privatise Britain’s housing stock, it was simply assumed that the homes that were sold off at a discount would go straight onto the private market whenever their owners opted to sell them on, with no provision for keeping them as affordable housing for the longer term.

This new information about the re-purchasing of Right to Buy properties builds on the picture which has already emerged about the number of former council properties that are now in the private rented sector. A report published in 2014 on behalf of the Greater London Authority found that almost 40% of the homes sold under the Right to Buy in London are now being let out by private landlords, and a significant proportion of them are occupied by tenants who claim Housing Benefits. In other words, the State got rid of an essential part of Britain’s physical and social infrastructure at a massive discount, didn’t bother to replace it, and (because private sector rents are higher than those in social housing) is now paying a much higher cost than it did originally to rent it back. Meanwhile, the massive uplift in property values which has taken place in many parts of the country has made some of the original Right to Buy purchasers exceptionally wealthy: in 2015, an ex-council house in Covent Garden reportedly sold for £1.2 million, to give an extreme example.

What makes this situation even worse is that the Right to Buy has arguably helped to undermine the original objective for the policy in the first place. Although most of Britain’s housing stock was – from the government’s point of view – successfully privatised, progress towards the goal of realising a “property-owning democracy” has now gone into reverse as the housing crisis, exacerbated by the Right to Buy, has made people from less wealthy backgrounds increasingly unlikely to be able to afford to get on the housing ladder. Perversely, a policy that was intended to spread wealth and social mobility more evenly across the population has actually done the opposite for future generations, by broadening the gap between fortunate families who are able to transmit property wealth between different generations and their less fortunate counterparts who are not; a recent LSE study, for example, found that the narrowing of the share of the population that owns property wealth which has been caused by rising house prices is driving an overall decline in levels of social mobility.

Although the Right to Buy achieved its political objectives, often being credited as one of the main factors behind the large majorities that the Conservative governments enjoyed during the 1980s, its negative long-term social and economic costs have been profound. Unfortunately, subsequent governments do not appear to have given these too much thought, seeing that it is now the government’s policy to extend the Right to Buy to the 1.3 million tenants living in Housing Association homes, with only weak safeguards being implemented to ensure that the sold-off housing units will be replaced in future. The original Right to Buy remains a remarkable example of a policy which was both widely popular and seemingly well-intentioned when it was first implemented, but which has had a catastrophic impact on subsequent generations.