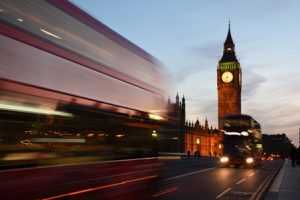 Britain’s housing market is “broken” and the government has no real strategy for solving the fundamental problem of too little housebuilding: these were the damning conclusions of the recent public inquiry into the housing market by the Public Accounts Committee (PAC), the final report of which has recently been published.

The government that was elected at the last general election in 2015 had an official target of building one million new homes over the next five years (or 200,000 per year). The PAC members questioned government officials on their progress towards achieving this target, given that housebuilding figures are still significantly behind the level of development that would be necessary in order to meet it.

The fundamental problem that the report identified is that the government has remained wedded to using the existing market to solve the UK’s housing supply problem. One of the biggest barriers to increasing housing supply is the dominance of just a small number of private developers – 10 large firms are currently responsible for over 60% of all new housebuilding – because they have no incentive to do anything that could lead to lower prices. Housebuilders also need prices to remain high because the initial cost of their most expensive input, land, is negotiated on the basis that the homes that will be built on it are sold at prevailing market prices.

The report also emphasised that the ability of not-for-profit housing associations to build new homes is increasingly tied to the fortunes of the private market because the decline of government grants has promoted a business model in which affordable housing is cross-subsidised by the sale of other units on the same housing developments at full market prices. Therefore even non-market housing providers actually need house prices to remain at their current levels.

The PAC’s inquiry was also critical of the lack of transparency surrounding the government’s pursuit of the 1 million homes target, which has been presented to the public in ambiguous terms on a number of occasions. In particular, the Department for Communities and Local Government has refused to produce forecasts of the level of housebuilding in any given year, which makes it more difficult to hold the housing industry to account.

Against the backdrop of the PAC’s report it seems to fair to feel somewhat sceptical that in the same week in which it appeared, the Labour Party also pledged that it would deliver one million new homes during the next five years (i.e. by 2023 rather than 2020, when the Conservatives’ original target would have expired).

However, Labour’s policy announcement did suggest that they see diversifying the production of new housing as one of the keys to solving Britain’s housing crisis, as they indicated that they would aim for half of the new homes to be built by councils and housing associations. Given that the single largest reason for the decline in housebuilding since the 1980s has been the fall-off in local authority housebuilding (see point six in the linked ONS webpage) after their borrowing powers were restricted in the 1980s, any solution to the housing crisis will surely have to involve a much larger role for public sector-led development (officials in the current government told the PAC that they were reluctant to increase the borrowing powers of local government for fear that it would have a negative effect on the government’s balance sheet).

However, given that the PAC’s report suggested that an increase in housebuilding of one million over five years will be unlikely to solve the housing crisis (the government itself told the committee that it thinks the country’s real housing need is around 275,000 homes per year), and the myriad of difficulties that lie in the way of achieving even that more modest target, it’s hard not to agree with the PAC’s pessimistic conclusion.