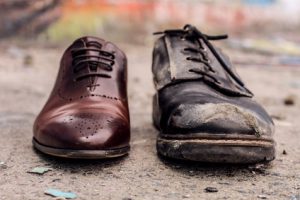 From this month, 18–21 year olds in the UK will lose their entitlement to claim the housing support element (formerly known as Housing Benefit) of Universal Credit unless they meet certain stipulations. This policy change, which was announced over two years ago by then-Prime Minister David Cameron, is designed to reduce the working-age welfare bill and encourage young people to find work, but critics have accused the government of risking the safety and security of some of the most vulnerable members of this age group. What will this change mean for young people?

During a speech back in 2012, David Cameron outlined the idea of curtailing young adults’ eligibility for housing benefit as part of his plan to save £10 billion from the annual working-age welfare bill. This was presented as part of the Conservatives’ attack on what George Osborne called the “benefits lifestyle”; Cameron argued that it was morally wrong for the benefits system to be offering young people who left home the “choice” of enjoying an independent lifestyle while supposedly many of their peers who didn’t claim benefits couldn’t afford to do so. As he put it in his original speech:

“I want us to end the idea that aged 18 you leave school, go and leave home, claim unemployment benefit and claim Housing Benefit. We should not be offering that choice to young people.”

This pledge eventually materialised in policy form as part of the 2015 Summer Budget, when Osborne announced that from April 2017 young people aged 18–21 would no longer be able to claim Housing Benefit. (Confusingly, one of the Conservatives’ other welfare reforms is to replace Housing Benefit with Universal Credit – a single welfare payment which will amalgamate a variety of ones that currently exist separately, which is being rolled out in stages – so Housing Benefit is going to become the “housing support element of Universal Credit”, hence the use of both these names (Housing Benefit and housing support) in this blog.)

As stated in a parliamentary briefing paper on this topic, the government’s rationale is to “ensure young people in the benefits system face the same choices as young people who work and who may not be able to afford to leave home.” Importantly, the reform does not mean that all young people in this age group will lose their entitlement, regardless of status; a number of groups have been protected, including those who have dependent children, people who have no parents or who would be considered to be at “serious risk to their physical or mental health” if they had to live with them, victims of domestic violence by their family members, and young people who cannot work more than 35 hours a week because of a serious physical or mental impairment, among others.

Since the policy was first announced, the government has produced several different estimates of both the number of young people who will be affected and the amount of money it is expected to save: the most recent estimate is that around 10,000 people will be affected, saving £65m by the end of 2019/20.

What impact will this have on young people?

Virtually all of the major charities that deal with young people and housing have criticised the move, arguing that it will deprive some of the UK’s most vulnerable young people of a vital safety net, without which it is likely many of them will be at risk of homelessness.

The Chartered Institute of Housing, Centrepoint and Shelter have all publicly argued that young people who do not fall into one of the exempt categories are effectively being denied any help with their housing costs. An important issue will be how the exemptions are applied in practice; for example, the Department for Work and Pensions has announced that it will produce guidelines for determining whether a young person would be at risk if they lived with their parents, but once decisions are being made on a case-by-case basis (rather than young people having an automatic entitlement) it is almost inevitable that some of these decisions will be wrong.

Another very important point which Shelter have emphasised is that the new policy appears to create a “catch-22” situation; as things stand, members of this age group who are trying to claim housing support will need a tenancy agreement in order to do so, but landlords are unlikely to offer them one until they have proved they can pay their rent. Perhaps this problem can be ironed out, but as things stand it could make it extremely difficult for any members of this age group to obtain support. Landlords’ organisations have already warned that their members will likely be unwilling to take on these kinds of tenants if they think their housing support is uncertain.

It has even been suggested that the change could prove largely futile: according to the House of Commons Library, the trade publication Inside Housing has estimated that an additional 9,000 young people could become homeless as a result of the changes, which would potentially wipe out most of the savings to the welfare budget as the homelessness imposes costs on the state in other ways. It is to be hoped that the flawed aspects of this policy will be reconsidered before vulnerable young people are placed in harm’s way.