Angus Hanton, co-founder of IF, deplores the casual misguidedness of policy-makers that is responsible for the plight of debt-burdened graduates 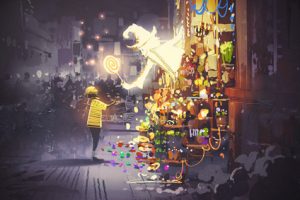 A series of unfortunate events would be one way for the Lemony Snicket generation to interpret what’s happened with the financing of students at university. First we had David Willetts, a well-intentioned egghead, who wanted the universities to compete over the cost of degrees, so he allowed them to increase their fees from £3k to £9k a year, little expecting that they would almost all whack up their fees to the max.

Following logically on the heels of tuition fees were student loans, where the government had to decide on the cost of borrowing for students – and they chose a self-financing regime so that graduates who paid off their student loans would cross-subsidise those who didn’t.

In order to make this work they needed a high interest rate, but the civil servants’ spreadsheet showed that even 3% wasn’t enough so they rationalised and said “3% real” (3% plus inflation). This sounded plausible enough, but they realised they could charge more if they used the higher measure of inflation: RPI (Retail Price Index), instead of CPI (Consumer Price Index).

Due to a series of other recent unfortunate events, such as Brexit and the decline in sterling, the RPI figure that will be used next year is 3.1%, so that makes a total interest rate of 6.1% a year, which contrasts with the government’s own cost of borrowing of about 1.5% a year. Perhaps government didn’t actually mean to charge students four times the interest rate that it’s paying… but that’s how it’s worked out.

Finally, the question of whether students borrow at all.

Yesterday a wealthy friend of mine said, “Blimey, I looked at the level of interest and I couldn’t let my son Alex borrow on those terms so I’ll just pay the fees for him.” Of course this only works if you’ve got £30,000 of loose change – or £50,000 if you want to pay the other costs too.

So the idea of charging everyone the same simply isn’t happening.

The argument put forward in 2011 when tuition fees were tripled was that “there is no reason why the dustman should pay for the education of the doctor.” But many middle-class families whose children become doctors, and who don’t need to take the loans, are paying a lot less in education costs than the dustman’s children, who have to take on the full cost of loans.

“Just like that!” (as Tommy Cooper used to say)

It’s been a cock-up all round but one that is now locked in. The whole edifice of university finance now depends on almost accidental decisions that were made over the last few years, however misguided.

Whilst English amateurism is admired in some quarters, in this case young graduates may start to get angry at the way their futures have been treated so casually by ideologues on both the left and the right.