A new paper by Dr Kevin Albertson makes the strong economic case that the government should cover the cost of university tuition fees – because the nation earns that money back. Antony Mason explains 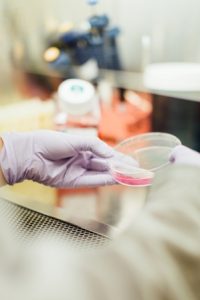 The government is effectively “free-riding” on graduates in England, loaning them money at high interest rates to pay for their own university education, despite evidence that the nation as a whole reaps the majority of the financial benefits that accrue from higher education. This is the conclusion of a new paper, “The Economic Inefficiency of Student Fees in England: Why paying tuition fees from the public purse makes financial sense”, by Dr Kevin Albertson, Professor of Economics at the Manchester Metropolitan University Business School, just published by the Intergenerational Foundation.

Dr Albertson has used published statistics to show that the cost-benefits of higher education to both individuals and the nation accrue in a way that clearly favours the nation. Therefore, it is only fair that the government should pay its share in the costs of that education.

Burdening students with long-term debt, on the other hand, has all kinds of negative impacts – on their life choices, their ability to save for the future, and to invest in themselves and in enterprise. Not to mention that an effective extra tax paid by English graduates will disadvantage them (for example, in the housing market) relative to their peers educated in other nations. However popular such a policy might be politically, economically this policy ought not to be supported.

Benefits for the graduate

The average cost for a student of doing a three-year university degree is estimated to be £47,750. This does not include living costs (which can be covered by maintenance loans) because students would have living costs whether or not they go to university. What the £47,750 does include is: tuition fees (three years at £9,000 = £27,000), plus necessary expenses (books, travel, etc), and “opportunity costs”.

By going to university a student loses the opportunity to earn income from working for six months a year for three years. Even at minimum wage levels, this would amount to £13,380. In practice, the opportunity cost might be greater than this as the student might have been earning more than the minimum wage had they not used their time to invest in higher education.

Against this cost of £47,750, graduates can hope to set the extra amount they will earn during their careers as a result of having a higher education qualification. This expected increase in income is known as the “graduate premium”.

This graduate premium is far from guaranteed, and open to considerable doubt, as explained in the paper “The Graduate Premium: manna, myth or plain mis-selling” by Steve Kemp-King, published by IF in July 2016.

For the sake of his analysis, Dr Albertson does not query the graduate premium, but rather, accepts published projections. These estimate a graduate premium of £168,000 for men and £252,000 for women, giving an average of £210,000.

If the average graduate premium can be put at £210,000, then it is possible to work out what the extra tax-take (compared to non-graduates) will be for the government. This is calculated to be an average of £291,000 over a graduate’s career.

If the benefit of a university degree can be so divided, then economic efficiency implies the costs (£47,750) ought to accrue in similar proportion – otherwise the nation is effectively “free-riding” (as Dr Albertson puts it) on graduates’ personal investment.

That is the financial position.

But the benefits to society are far greater than purely financial, as Dr Albertson also makes clear.

First, there is the benefit of having highly trained specialists, in medicine, engineering, law, business administration, museum curatorship – you name it. Some may well earn handsome rewards for themselves but society is also enhanced by their expertise.

Second, it has been shown statistically graduates cost less to society because they are “generally more law-abiding, tolerant, stable and innovative than non-graduates”, and so are less of a drain on the nation’s resources.

For obvious reasons, it is very difficult to estimate the value of the social (i.e. non-monetary) benefits of higher education, but some studies have tried, and they conclude that the value is on a par with the financial benefits.

Therefore the argument that the government should cough up for a portion of the cost of tuition is doubly justified.

The state ought to pay for the benefits it receives from higher education; instead, our government is burdening with debt many of those people who are likely to contribute the most to the nation.

As a result, for many – if not the majority of – graduates, debt will hang over their working lives, hamstringing their potential. It is not just they who will suffer, it is the nation as a whole. This is economically inefficient.

As Dr Albertson concludes, government money spent on higher education is not only more fair on young people and financially justified from a cost-benefit point of view, it is also a very good investment.