If Brexit showed young non-voters anything, it was that not voting has far-reaching ramifications for their place in the European Union. Liz Emerson, IF Co-founder, explains why – with just two days left to register to vote – it is more important than ever that Millennials get involved in the democratic process 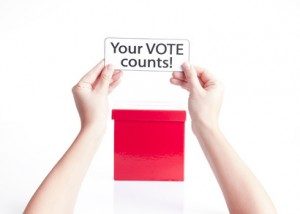 Why is that important? Because our electorate is ageing.  One person turns 65 years of age every 41 seconds. It means that the over-65s now account for 1 in 6 people. With an increase in the size of the older population comes an increase in voting power, and we all know that politicians respond to those that vote – hence the introduction of Granny Bonds and the universal protection of benefits for older people, while the under-21s have had to face a programme of relentless cuts.

Unless Millennials get voting, the average age of the electorate is only going to increase. Our 2016 report called The Rising Tide of Gerontocracy revealed that at the 2015 General Election the median actual voter was already 51 years of age. There were more registered voters aged 68 than any other of age up to 42, and more people aged 72 than of any age up to 24. By 2030, voting power will reside with people in their 60s, revealing the relentless onslaught of the “grey vote”. Actual voters in their 60s will have an average single-year cohort size of 672,000, more than 50% higher than people in their 20s (401,000) and almost 20% higher than people in their 30s (537,000).

Local elections tend to attract far fewer voters than General Elections but that does not make them any less important. It is at these elections that young people can start to make a difference by challenging candidates on their “Millennial” credentials, with questions about the real local pressures that affect them the most – the cost of housing, precarious employment, low pay, and lack of opportunity.

According to the BBC, elections will be held in 34 councils in England, all 32 councils in Scotland and all 22 councils in Wales on 4 May 2017. In addition, six areas in England are voting for newly created “combined local authority mayors”. The new mayoral positions will give greater responsibility over spending to local areas, with some mayors also having powers over transport and housing, both areas where young people have lost out through the removal of travel concessions or the removal of housing benefit for the under-21s.

The BBC article (see the link above) has a list of all elections taking place.