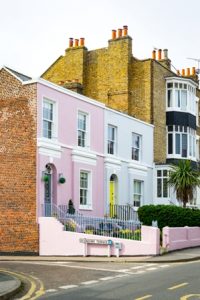 Margaret Thatcher famously said that she wanted to create a “property-owning democracy” in which people from poorer backgrounds would be able to get on the housing ladder. The steady unravelling of that dream has been obvious for many years as Britain’s housing crisis has pushed home-ownership beyond the reach of an ever-increasing share of the population, but it was confirmed by some recent research which underscored just how badly the scales are now tilted against first-time buyers who don’t have wealthy parents to assist them.

“Bank of Mum and Dad”

The Social Mobility Commission has recently published a new study which looked at the scale of parental assistance with property transactions in England and Wales. It showed that the share of first-time buyers who receive assistance from the so-called “Bank of Mum and Dad” has risen to an historic high of 34%, whereas it had been between 20 and 30% for most of the recent past. Most parental support is in the form of either loans or gifts to the first-time buyer, although almost 10% of assisted first-time buyers received an inheritance from an older relative.

The research found that first-time buyers who received assistance were able to get on the property ladder at a younger age than those who did not; the gap between them has risen from one to three years recently (although with considerable fluctuations) and is widest in London.

These findings were compounded by another piece of research published in the same week suggesting that almost 60% of the people who have successfully taken advantage of the government’s “Help to Buy” loan scheme to help them get on the property ladder could have afforded to do so in the scheme’s absence; the overwhelming conclusion of both studies is that the housing crisis is not affecting first-time buyers from different backgrounds to the same extent.

The former Labour MP Alan Milburn, who chairs the social mobility commission, warned that young people on low-incomes are being frozen out of home-ownership:

“Home ownership helps unlock high levels of social mobility but it is in freefall among young families. Owning a home is becoming a distant dream for millions of young people on low incomes who do not have the luxury of relying on the bank of mum and dad to give them a foot up on the housing ladder. The way the housing market is operating is exacerbating inequality and impeding social mobility.”

Parental assistance with getting on the housing ladder exacerbates social inequality in several ways. Firstly, young people who can get on the housing ladder at a younger age avoid spending more of their money on rent, which means they have more to spend on other things or to save towards other forms of wealth such as pensions. Secondly, as it is clearly young people who come from wealthier backgrounds to begin with who can take advantage of familial assistance, it will exacerbate the divide between families who own property wealth and those who do not. Given that parental wealth already plays an important role in determining young peoples’ future incomes, that is an extremely worrying trend.

The findings of the research into the Help to Buy scheme suggest that policy-makers will need to get more creative about finding ways of spreading home-ownership more widely that won’t simply be hijacked by people who already come from affluent backgrounds.