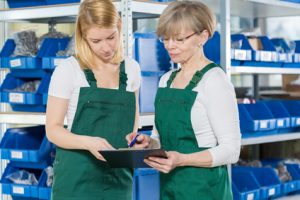 Over 150 organisations took part in the consultation for John Cridland’s review into the state pension age, which was published last Thursday (see the list in Annex A, Stakeholder Engagement). Their views broadly aligned with the interests of younger generations, but not always for the right reasons; while intergenerational fairness occasionally featured, it still needs to be afforded more prominence in mainstream political discussion.

Although a significant number of groups which submitted views represent older generations and resisted change to the SPA, they were in the minority. It was more common to support a rise, particularly among financial bodies like the Association of Chartered Certified Accountants and the Institute and Faculty of Actuaries. This was usually on the basis of affordability in the context of rising life expectancies.

Some organisations, such as the Association of Consulting Actuaries, expressed doubts about the fairness of a universal rise given unequal social and economic circumstances. The general consensus, however, was that administering a variable pension age scheme would be impractical and very expensive, a view also adopted by Cridland in his report.

A similar pattern is evident in discussion of the triple lock. Several groups, typically the same ones who resisted raising the SPA, wanted to keep the triple lock to maintain pensioners’ quality of life. Most, however, including Hargreaves Lansdown and even the Civil Service Pensioners’ Alliance, saw it as unnecessary and too costly.

There was less agreement about the precise future of the triple lock. Some bodies considered it to be entirely unneeded if adequate replacements were found, often proposing some of the softer measures mentioned below. Others wanted a link with earnings only to be imposed. Thus while a range of opinions exist that make achieving balanced reform difficult, it is notable and encouraging how the perception of the triple lock has changed since its introduction in 2007.

There was a lot of emphasis on the importance of other ways of helping pensioners. The Chartered Institute of Personnel Development, for instance, wanted the government to provide workers with assistance in retirement planning and in health monitoring, including a “mid-life MOT”. The Confederation of British Industry, meanwhile, stressed the role of private pensions and tax reliefs in supporting people in old age.

These views link closely with those relating to the SPA and triple lock. Although the debate remains a wide-ranging one, a large number of interested parties now see the raising of the SPA as a necessity and the triple lock as unaffordable, and propose other measures to take up the slack. This was also reflected in Cridland’s recommendations, which bodes well for the future direction of government policy in the area.

The outlook for intergenerational fairness from this review is mixed. The proposed raising of the SPA and abolition of the triple lock are both positives in terms of reducing the cost burden on younger workers, as is the mention of the issue in consultation by non-partisan groups such as Business in the Community and Club Vita.

Yet the overwhelming focus of discussion was on achieving a balance between pensioner poverty and affordability, with relatively little consideration of the individuals bearing the brunt of the cost. Not only does this mean that the above conclusions were reached for the wrong reasons, it may be that they would still be placing an unfair burden on young people. For all the talk of supporting middle-aged workers, there was little help suggested for younger generations.

This is especially concerning given that life expectancy continues to outstrip the rise in the SPA. The Government Actuary’s Department predicts that under a 33.3% scenario the pension age will take until between 2053 and 2055 to rise to 69, a decade and a half after Cridland recommends increasing it to 68. According to the ONS, those retiring during that time will have a life expectancy of 92. As IF co-founder Angus Hanton said to John Cridland at the International Longevity Centre’s Future of Ageing conference, “It’s arguable that the state pension age should already be starting with a 7.”