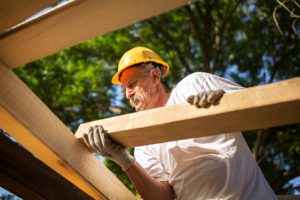 Workers who belong to the Millennial generation face having to wait until they are at least 70 before they can start claiming a state pension, it appears from the final report of the Cridland Review of the state pension age. Will this improve intergenerational fairness?

A third of your life retired?

The government is committed to increasing the state pension age; current legislation will see it being equalised at 65 for both men and women over the next 18 months, and after that it will increase to 67 in a series of stages culminating in 2028. The government is also legally bound to commission independent reviews of the future path of state pension age increases every five years. The first such review (chaired by the former Director-General of the CBI, John Cridland) produced its final report, Smoothing the Transition, last week; although the government is not bound to follow its advice, it does give an indication of how their lines of thought are likely to proceed.

The report contained two particularly striking points. Firstly, in accordance with the government’s policy that state pension age policy should be designed so that someone who lives to average life expectancy will spend roughly a third of their life receiving a pension, the Cridland Review recommended that the state pension age should be increased to 68 over the two-year period between 2037 and 2039. As part of its reasoning, the Commission argued that people need at least 10 years’ notice of future increases, and that episodes of change should be limited to once per decade; they argued that, barring exceptional changes to the data, there should be no further changes before 2047. Although the pace of future increases to the state pension age beyond those considered by the Cridland Review will not be considered for some time, this recommendation could establish a precedent of increasing the state pension age by a further one year each decade.

In a sense, the increase in the state pension age is likely to be unwelcome news to today’s young workers; as pensions expert Tom McPhail (head of retirement at Hargreaves Lansdown) said to the BBC: “For those in their 30s and younger, it reinforces the expectation of a state pension from age 70, which means an extra two years of work.”

IF has long argued that the triple lock should be replaced with a different form of indexation, so we strongly support that recommendation. What impact the higher state pension age will have on young workers is almost impossible to forecast this far in advance, as it will depend to a large extent on broader changes to the labour market, which the Cridland Review was not asked to consider.

Trying to imagine what retirement will look like for the Millennial generation invites some big questions. In particular, will our traditional model of a long, largely unbroken working life followed by a stable retirement still be viable in 2060? Given the increasingly unpredictable nature of the world of work, in which new technologies can rapidly consign entire industries to obsolescence, ensuring that workers still have skills that employers want until the age of 70 could be a very great challenge.