David Kingman explains that although the Chancellor was right to reform National Insurance, he ignored intergenerational unfairness 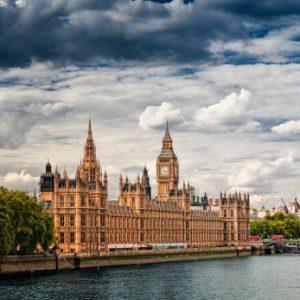 Back in 2012, the then Chancellor of the Exchequer, George Osborne, unwittingly gave people who coin political neologisms a field day when he delivered what later became known as his “omnishambles Budget” because of the number of contentious measures it contained which the government was later forced to backtrack on, including the so-called “granny tax” and the “pasty tax”.

His successor, Philip Hammond, may soon find himself in the same boat as it can only be a matter of time before the media officially dubs the most controversial policy in his first (and also last) Spring Budget – the decision to raise Class 4 National Insurance contributions (NICs) for the self-employed – the “strivers’ tax”. In a Budget speech that was otherwise fairly light on major policy announcements, this move has stood out as one of his few major reforms to personal taxation.

However, IF’s view is that he missed a trick. Had he really wanted to equalise the treatment of different types of workers doing the same job and raise significant sums of money into the bargain then there is a much better way of reforming National Insurance which he ignored…

The reform which the Chancellor announced was relatively modest, certainly in relation to the media backlash which it has subsequently generated. At present, self-employed workers pay two types of NICs: Class 2 (which are flat-rate) and Class 4 (which are levied on a percentage of their earnings). Class 2 NICs are shortly to be abolished, but the Chancellor announced that from 2018 the rate of Class 4 NICs will rise from 9% to 10%, and then again to 11% the following year.

Partly because of the abolition of Class 2 NICs, the amount this will raise is relatively modest: tax revenues are forecast to increase by a net amount of £145 million per year by 2021/2, which is small beer in relation to total NIC contributions of £86.5 billion last year. Some tax experts, including the Institute of Fiscal Studies (IFS) have praised the move, despite the negative publicity it has received.

Interestingly, the Chancellor couched this reform in the rhetoric of fairness, specifically, fairness between the amounts which the employed and self-employed are taxed for earning the same amount of money:

“An employee earning £32,000 will incur between him and his employer £6,170 of National Insurance Contributions. A self-employed person earning the equivalent amount will pay just £2,300 – significantly less than half as much. Historically, the differences in NICs between those in employment and the self-employed reflected differences in state pensions and contributory welfare benefits. But with the introduction of the new state pension, these differences have been very substantially reduced…

“Such dramatically different treatment of two people earning essentially the same undermines the fairness of the tax system. Employed and self-employed alike use our public services in the same way, but they are not paying for them in the same way… That is not fair to the 85% of workers who are employees.”

Although the Chancellor’s reasoning may appear sound, it actually misrepresents how Britain’s benefits system operates in practice. Entitlement to the state pension (or NHS care, which is also partially funded through a hypothecated share of NICs) still bears no relation to the amount which an individual has contributed over their lifetime, even following the recent reforms. To claim a full state pension an individual now needs to have paid NICs for 35 years of their working life, but how much they paid in any of those years is immaterial.

Indeed, large numbers of people who cannot work for various reasons – including the unemployed, carers and the disabled – are awarded National Insurance credits without paying anything, in order to preserve their entitlement to a state pension. As many critics have argued over the years, this means that our National Insurance system is much closer to an additional form of income tax than it is to the genuine social insurance systems which exist in some other European countries, where entitlements are more closely related to contributions.

Despite his claims that this issue is about fairness, the Chancellor did nothing about a glaring unfairness which enables two people who are doing the same work to be taxed differently. This is namely that people stop being eligible for employee NICs when they reach state pension age, despite the growing numbers of people who decide to carry on working beyond it. For those who remain within the same job, in effect they are being granted a taxpayer-funded pay rise overnight which can make them thousands of pounds better off than somebody of working age who is doing the same job alongside them.

Back in 2013, IF proposed that levying NICs on people who work beyond state pension age (while retaining an income threshold to protect low-earners) could raise as much as £2 billion per year, significantly more than the reform that has just been announced. The Chancellor’s move may do some good as a way of opening up more of a debate on the National Insurance system, but more meaningful reforms await to be implemented.