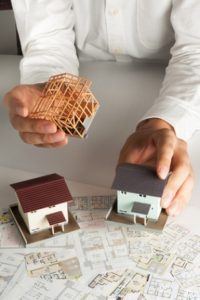 Dan has a particular concern that the planning system does not – but should and could – be made to work for future generations, but is unlikely to do so without much greater engagement.

Dan has blogged about the elements of sadomasochism in participating in the making of plans (including neighbourhood plans) and in submitting or objecting to planning applications. He is suggesting that the opportunity to make a response to the government’s Housing White Paper (HWP) Fixing our broken housing market could be less painful and potentially more productive. This is an opportunity to reflect on and define our own views and to pass these on to government and politicians at local and national level.

What is the HWP?

Government is not unaware of the fact that continuous tinkering is a main cause of both the alienation of the public from engaging with the planning and housing system(s) and the failure of those operating the systems to do so effectively and productively.

With this is in mind, its promise or threat that the proposals resulting from the HWP will be here to last should be taken seriously. All those with an interest or a stake in housing delivery should be treating the HWP as an opportunity to set the course of government interventions for at least the period to the next general election.

The HWP is easily found through Google, and comments can be made to [email protected] or online through its Survey Monkey survey by 2 May 2017.

What should be said by a chorus of young and old

The main problem with the HWP stares out at us from the title. It is the land market which is broken and not that for housing. In most parts of the country it is the inflated price being paid for land which makes it difficult for houses to be provided at affordable prices for sale or rent.

Having nationalised the right to develop land in 1947 there have been several attempts to capture the value created by the permissions granted for development. There is no obvious reason why there could not now be cross-party support for this to be enacted. This would have the effect of housing becoming more affordable and make it easier for development to pay for necessary infrastructure.

The HWP consultation is an opportunity to draw together the interests of two very large and potentially powerful lobby groups: the older households thinking about downsizing, and the younger households looking for a secure home. If this would suggest a growing demand for smaller homes then the question needs to be asked why this is not a main purpose of government housing policy?

Over 50% of the 23 million existing dwellings have one, and more often two, spare bedrooms, making under-occupation the least sustainable aspect of our housing system. This compares to and could be related to the 3% level of over-crowding. Government should be seeking to improve the balance of the size of houses with that of households (around 2.4 persons and falling).

The Intergenerational Foundation’s March 2016 paper Unlocking England’s Hidden Homes made a thoughtful contribution to this debate by describing how the subdivision of these under-occupied houses could create millions of smaller dwellings; the older household could age in place while the other half could be sold or rented to another smaller household, young or old. (Incidentally, subdividing larger dwellings would be a good opportunity to incorporate energy-efficient measures to the existing housing stock – 80% of which is currently at the equivalent of Energy Performance Certificate (EPC) D or below.)

This coincided with the publication of Housing our Ageing Population: Positive Ideas (HAPPI 3) – Making retirement living a positive choice, which identified the potential presented by providing attractive opportunities to the 8 million households thinking of downsizing (evidence accepted by the All Party Parliamentary Group on Housing and Care for Older People).

Meeting the demand for downsizing could be more effective than seeking directly to meet the housing needs of younger households. Attempts to support the demand- side through Help to Buy, subsidised Starter Homes, the bank of mum and dad and equity sharing all maintain or inflate housing costs for everybody but particularly those with no access to these subsidies.

Demographic trends suggest that every one of the 1 million new dwellings (and more) that the government wants built by 2020 (i.e. annually about 1% increase to the overall stock) and which our resources (land, labour materials and finance) will allow, will be needed to be part of the HAPPI family of dwellings. The way in which the planning system could and should address the housing needs of the elderly can be seen in Senior momentum: What have the planners ever done for us? published by the Housing Learning and Improvement Network (LIN).

And what else needs to be said

Responses to the HWP could address other issues of interest to younger generations, such as the need for new buildings to be carbon-negative if the agreements made at COP21 are to be met, and the need for a national spatial plan to complement the industrial strategy promised by the government to avoid congestion and make better use of existing infrastructure.

The need to privilege custom-building, particularly by groups, should also be emphasised, as a form of affordable housing, employment and training.

* Daniel Scharf (“DanthePlan”) has worked for over 40 years in the public, private and voluntary sectors. He teaches land use planning and blogs at www.dantheplan.blogspot.com