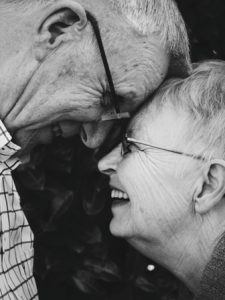 South Korea will become the first country on earth where people will have an average life expectancy of over 90 by the year 2030, according to a study recently published in the Lancet. Are we inevitably going to live longer and longer?

The study projected that by the year 2030, South Korean women will be the longest-lived people in the world on average, with a life expectancy of 92, followed by women in France, Japan, Australia, Canada, Chile and the UK. South Korea will also have the world’s longest-lived men, who will have an average life expectancy of 84, although their longevity will be more or less the same as that for men in Canada and Australia. The study predicts that between 2015 and 2030 life expectancy in the UK will rise from 79 to 82 for men and from 83 to 85 for women.

The study, which was undertaken jointly by a team from Imperial College London and the World Health Organisation (WHO), was based on projecting the trajectory of future gains in life expectancy by using 21 different mathematical models to extrapolate from present-day trends, a technique which is similar to ones used in weather-forecasting.

Importantly, this means that it was based on the present trajectory of life expectancy increases – a “business as usual” approach – so their models don’t account for unexpected events, such as medical breakthroughs (or indeed potential catastrophes, such as a world war or a pandemic) which could have a big impact on how these trends play out in reality.

What is especially interesting about the study’s findings is that they demonstrate how heavily rising inequality weighs on average life expectancy. The figures given above are national averages for everyone within a whole country, but in reality it is very well established that life expectancy varies significantly between different places, following a pattern which is very closely related to affluence.

The Lancet study argues that part of the reason for South Korea’s success in increasing longevity is that it is one of the developed countries with the lowest levels of social inequality, while good-quality healthcare is widely available; therefore, increases in life expectancy have been evenly shared across the population, pushing up longevity for everyone. By contrast, the study argues that America is set to do relatively poorly compared to other developed countries: by 2030, their average life expectancy for both men and women is forecast to be poorer than in any of the countries listed above, which the authors attribute to the country’s extreme social inequality and its privatised system of healthcare. A different study, published last year, showed that the richest 1% of men in America can expect live almost 15 years longer than the poorest 1%, which illustrates the size of this divide.

The study particularly highlights the role played by nutrition in extending longevity; South Korea has managed to undergo rapid economic development since the 1970s without witnessing a concomitant rise in diseases of affluence which are linked to rising national wealth such as obesity, hypertension and diabetes, whereas the proportion of Americans who are overweight or obese has accelerated rapidly during the same period.

This study invites the question of whether there is a natural limit to human longevity beyond which it cannot be extended any further: a paper published in Nature last year argued that maximum life expectancy already appears to have plateaued at around 115 years, although this claim was disputed by some scientists. An average lifespan of 90 may not be the upper limit – a thought which may cause the officials who are responsible for our health and social care systems some sleepless nights.