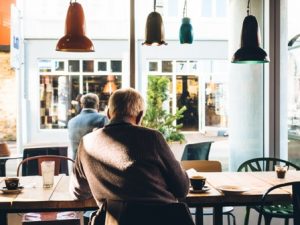 The government has announced that private sector companies may be allowed to renege on their defined benefit (DB) pension liabilities if they threaten the financial sustainability of employers, as detailed in their new green paper on defined benefit pensions. What could this mean for pensions in the future?

Private sector DB pensions are big business. The government estimates that 11 million British workers have some kind of private sector DB pension entitlement, and the total combined assets of DB pension schemes are estimated to amount to £1.5 trillion (equivalent to nearly three-quarters of the UK’s annual GDP). The size of DB pension schemes varies enormously; just 4% of all the schemes in the UK are believed to represent around 70% of scheme members (although individuals can belong to more than one scheme) and hold 60% of all DB scheme assets. The total combined deficit of all private sector DB schemes is estimated to be £197 billion.

As IF argued in a report we launched last year, DB Pensions: Choking Hazard, there are significant intergenerational issues surrounding private sector DB schemes, as very few of them are still open to new members because rising life expectancy has made paying for them much more expensive than it was in previous decades. The fact that employers have a legal responsibility to honour their pension promises means that companies are having to divert millions of pounds a year to meet them, which they might otherwise have invested in paying their workers higher salaries or making their businesses more productive.

The green paper addresses the concerns which have been raised about DB pensions following the collapse of British Homes Stores (BHS) and the enforced bail-out of Tata Steel last summer, both of which had very large pension deficits which their sponsoring companies were struggling to support.

The green paper proposes one of the recommendations which IF advocated in DB Pensions: Choking Hazard: potentially allowing employers that are struggling under the weight of very large pension liabilities greater freedom to renegotiate the terms of their pensions with the scheme’s members. This was the solution that was reached in the case of Tata Steel, where workers agreed to accept less generous pensions than they had originally been promised in return for guarantees that both the pension scheme and the company would carry on operating.

However, the green paper says government takes the view that the vast majority of private sector employers should be capable of supporting their DB pension schemes, and only a minority whom they described as “very stressed” – those which are having to make the largest deficit reduction contributions to improve their scheme’s financial sustainability – would potentially be eligible to renegotiate their liabilities.

One of the things which makes this issue incredibly complicated is the potential for creating “moral hazard”: the government is worried that if it makes it too easy for companies to renege on their DB pension scheme liabilities then many which can actually afford to pay them will try to do so, short-changing workers unfairly. There is also another problem, which is that if one of the reasons for allowing firms to renegotiate their pension liabilities is that they are holding back the wider economy then there needs to be some mechanism – either carrot or stick – to compel them to invest the money this saves in ways which would benefit it. From a political point of view, the last thing the government would want is headlines about companies issuing larger dividends to their shareholders at the expense of providing pensions for their loyal staff.

The green paper has been issued to mark the launch of the government’s consultation on possible reforms, to which IF would urge anyone with an interest in this subject to respond.