Following the recent release of some new data on the use of the government’s Help to Buy scheme, David Kingman looks at whether it is really having a significant impact on would-be homeowners 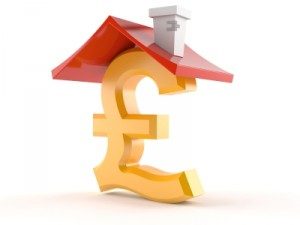 Some new data recently released by the Department for Communities and Local Government (DCLG) and analysed by the BBC show that during the first three years when it was in operation (from September 2013 to September 2016), the government’s Help to Buy: Equity Loan scheme was used to purchase just over 100,000 properties (100,284 to be exact). Now that it has been in operation for a significant amount of time, it is possible to take an informed view of whether it is really addressing the UK’s housing crisis or not. This article takes a look at the available evidence.

The Help to Buy: Equity Loan scheme was launched by the then-Chancellor George Osborne in his 2013 Budget as a way of boosting the number of people who could afford to access home ownership. The scheme works by loaning the would-be buyer 20% of the value of their prospective property (or up to 40% in London), so that they only need to raise a 5% deposit for themselves up front (they borrow a commercial mortgage to cover the remainder). The government loan comes with relatively favourable terms, as borrowers don’t have to make any repayments during the first five years of ownership, but they are expected to pay it back after that.

The recently released data show that over three-quarters of the properties which have been bought using Help to Buy loans since 2013 have been outside London, where the total number of Help to Buy properties is equivalent to almost one in three of the newly built housing stock during this period. The use of the scheme within London, however, was much lower, although the number of Help to Buy properties bought in London since September 2013 has still been equivalent to one in ten of all the newly built housing during that period.

The data show that 80% of the people who bought homes using Help to Buy were first-time buyers, and the average purchase price they paid was £229,608. In total, the government’s investment in the scheme is worth £4.6 billion.

These numbers may sound impressive, but is 100,284 new sales enough to make a serious dent in the housing crisis? And how many of these are genuinely new sales that wouldn’t have happened anyway?

The most recent edition of the English Housing Survey can help to shed some light on these issues. One of the topics which the survey explores is the number of people who say they want to own their own property but are currently unable to do so, and these figures suggest that the impact of Help to Buy hasn’t been as impressive as it sounds.

The survey showed that, despite the existence of Help to Buy, the proportion of people who currently rent their homes privately who expect they will get on the property ladder themselves at some point in the future fell from 61% in 2013/14 to 57% in 2014/15, so the scheme appears not to be making people feel that home ownership is closer in reach than it was before.

However, what’s also interesting about this data is that they give some idea of the extent of the pent-up demand for homeownership; the survey shows that England currently has 4.3 million private renters, so if 57% of them want to own their homes one day then that equates to 2.45 million households; although you would expect this to be a much more realistic aspiration for some of these household than for others, it does help to put into context what a small difference helping 100,000 households to get on the property ladder actually makes (not to mention that there will also be people living in other housing tenures who want to become homeowners as well).

The English Housing Survey also contains information on the socio-economic characteristics of first-time buyers, which shows that in 2014/15 almost two-thirds of them were people who were in the top 40% of the income distribution, over one in four received financial assistance from friends and family (usually the “Bank of Mum and Dad”) and one in ten had used inherited wealth (the receipt of which is skewed heavily towards people from wealthier backgrounds).

To be clear, it’s not possible to relate these two data sources to each other – i.e. there’s no way of knowing to what extent the relatively small number of people who’ve been helped by Help to Buy either perpetuate, or prove an exception to, this larger-scale picture of housing. However, what it does underline is that Help to Buy has only helped a relatively small number of those who say they would like to get on the housing ladder, at significant cost to the government, and it cannot be ruled out that many of them would have got on the property ladder anyway.

And this is to say nothing of the view that Help to Buy inflates house prices further by injecting additional demand into the market, without doing anything to tackle the real problem behind England’s housing crisis, which is the chronic shortage of supply.