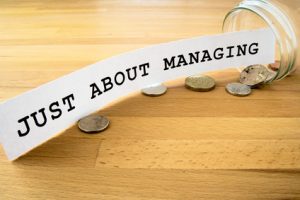 Since the “Great Recession” began in 2008, one of the biggest successes of the UK economy has been the so-called “jobs miracle”, which has seen the number of people in some kind of employment rebound to reach record levels.

By the end of 2016, the share of working-age adults who were looking for work but unable to find it had fallen to an 11-year low of just 4.8%, or 1.6 million people. This represents a remarkable achievement because previous recessions have been followed by prolonged periods of high unemployment; it only requires a cursory glance at the situation in both Greece and Spain, for example, where the adult unemployment rates are stuck at 25.6% and 22.9% respectively, to realise the kind of potential calamity that the UK might have fallen into if things had worked out differently.

However, the jobs miracle does not mean that all is rosy in the UK labour market; a worrying trend that has taken place alongside the growth in the number of jobs has been the stagnation of average earnings, which for the typical worker are still below their pre-recession level. Most forecasts suggest that average earnings are unlikely to make a full recovery before 2018, so in other words the prospect of a “lost decade” of wage growth is now a very real possibility. One of the alarming impacts of this trend has been falling living stands among working-age families, developments that a recent piece of research has thrown into sharp relief.

Shortly after she came to office, Prime Minister Theresa May gave a speech which coined a lasting political neologism: the JAMs, or “just about managing” families. This appeared to refer to people who can be considered the victims of the economic trends described above – hard workers who feel they aren’t getting a fair deal in life because their wages aren’t keeping pace with the cost of living. However, attempts to quantify whether different households have adequate living standards face the problem of needing to produce some kind of agreed benchmark against which to measure what “adequacy” should mean.

The Joseph Rowntree Foundation attempts to answer this question by conducting an annual research project called the Minimum Income Standard (MIS) (designed in partnership with the University of Loughborough) which creates a benchmark by undertaking surveys of the general public to find out what they think is the minimum acceptable standard of living for different types of household. They then use this benchmark to assess how many households are successfully achieving the MIS and how this has changed over time.

Four million more below the minimum

The findings of the 2016 MIS report have recently been released and they show that 19 million people in total are living below the threshold, and that this figure has increased by 4 million over the past year. Almost half of the increase (1.9 million people) was among the group who are living on less than three-quarters of the MIS – in other words, those with the least adequate incomes, a group which is now 11 million strong.

As suggested above, the JRF found that what has driven this increase has been the widening gap between wages and living costs: their research showed that the price of a minimum basket of goods used to calculate the MIS has risen 27–30% since 2008, yet average earnings have increased by only half that amount. They also found that 60% of households who fail to meet the MIS have at least one person in paid work, and it is families with children who are the group most at risk of failing to meet the MIS.

Why does this matter in intergenerational terms? The MIS is one way of analysing the fundamental change which has occurred over the past 20 years in the face of poverty in the UK; two decades ago, pensioner households were the social group who were most likely to be living in poverty, whereas now they are the group which is least likely, and at the same time the challenge of welfare reform has moved on from being about getting unemployed adults into work to the more difficult issue of ensuring that work provides an adequate standard of living for the low-paid. There is a real danger that if we don’t find a way of restoring the traditional relationship between paid work and improving living standards the repercussions for working-age families with children will be profound.