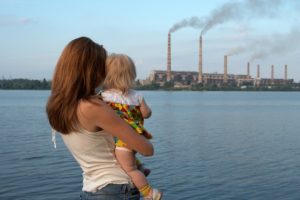 Since coming to power in the wake of last summer’s Brexit vote, Prime Minister Theresa May has repeatedly emphasised that creating a “modern industrial strategy” will be a cornerstone of her economic policy. Yet until now, the government has remained tight-lipped about what this will mean in practice, making it hard to gauge its potential implications for young people. However, the launch of the government’s public consultation on its modern industrial strategy means that we are now starting to have a clearer idea.

What is an industrial strategy?

In the broadest sense, “industrial strategy” refers to the government’s approach to stewarding the economy; throughout the post-war period, different governments have chosen markedly different policies in terms of which sectors of the economy they wanted to encourage and how they went about doing so. Although this is quite a big simplification, industrial strategy is most closely associated in the UK with the period between the end of the Second World War and Margaret Thatcher’s election in 1979, an era in which the government directly owned many of the largest employers through nationalisation and provided public subsidies to boost the private sector in particular areas of the country, or particular industries which were considered a strategic priority.

Generally, since the 1980s the prevailing view has been that the government should be much less involved in the economy and allow market forces to largely dictate which industries survive or fail. Yet the Brexit vote appears to have engendered a view among politicians that the private-sector-led economy isn’t sharing the proceeds of growth evenly enough across the population. This has led to the adoption of the “modern industrial strategy” policy, the first specific details of which were published in a green paper on 23 January (which marked the launch of a public consultation period that will last until 17 April).

The green paper set out 10 “pillars” around which the modern industrial strategy will be based:

At first glance, it’s difficult to see how distinct most of these ideas are from the policies of the previous government, which also placed a strong focus upon “rebalancing” the UK’s economy more away from financial services and the South East, improving trade links with emerging markets and investing in infrastructure. As in all matters of policy, the devil will be the fine details, which we won’t know about until after the consultation has concluded.

A very important consideration will be the amount of new funding which is put behind these initiatives; Labour’s shadow business secretary Clive Lewis has already made the criticism that some of these areas, such as adult skills, have been undermined by severe funding cutbacks since 2010, which have left the government with a lot of lost ground to make up.

Although the modern industrial strategy is not an explicitly intergenerational policy, it aims to address a range of problems which disproportionately affect young people. Firstly, it seeks to boost productivity and job creation, which is very important for young adults as the pay of workers in their 20s still lags behind its level before the 2008 Great Recession.

Secondly, improving the skills of Britain’s workforce should have a big impact on young adults: the former head of Ofsted Sir Michael Wilshaw warned last year that the poorer educational outcomes of young people in the North of England were one of the main factors holding the region back economically.

Thirdly, although housing was not explicitly mentioned as part of the industrial strategy, if the strategy achieves its objective of spreading economic growth more evenly across England’s regions then that would help to address the housing crisis by doing something to reduce the acute supply bottleneck which exists in London and the South East.

The record of previous rounds of industrial strategy from before the 1980s is reckoned to be mixed, and the headwind of Brexit will complicate matters further. However, the creation of a more productive, spatially balanced and less unequal economy would be a prize that would particularly benefit young people.