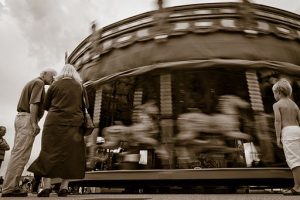 Family inheritances are set to exacerbate both inter- and intra-generational inequality: this is the main implication of an important new piece of research that has recently been published by the Institute for Fiscal Studies (IFS). It showed that receipts from inheritance are highly skewed towards the wealthiest members of each generation, and the transfer of wealth from the Baby Boomers to their children and grandchildren is likely to make society even more unequal than it is at present.

Inherited wealth has always been a tricky subject for public policy-makers. On the one hand, there are lots of good reasons for encouraging members of society to accumulate wealth during their working lives so that they become less dependent on the welfare state and are able to take care of themselves in retirement; broadly speaking, this is one of the major reasons why governments around the world give people financial and tax incentives to help them build up pensions and buy their own homes. However, as peoples’ capacity to accumulate wealth is unevenly distributed within the population, these well-intentioned aims inevitably generate inequality by helping some people to become much wealthier than others. This is compounded by the strong sense, which many people have, that they possess a God-given right to pass on their wealth to their descendants – which hands inequality on to the next generation.

In their new report, the IFS has made an ambitious attempt to measure the scale of inheritances between different generations in contemporary Britain in order to quantity the significance of these effects, by combining data from both the Wealth and Assets Survey and the English Longitudinal Study of Ageing. This produced several interesting findings.

Their report demonstrates that within each generation of people who were born at the same time, inheritances have flowed unevenly towards those with the highest lifetime incomes: they found that people in the top income quintile in each generation were significantly more likely than people in the bottom quintile to have received an inheritance, and the inheritances which they received also tended to be larger. Overall, the top quintile inherited four times as much on average as the bottom quintile (£100,000 compared with £25,000).

This makes intuitive sense, given that there is a plethora of evidence to show that people who come from wealthier backgrounds are likely to become high earners themselves during their careers, but it underlines how inherited wealth acts to reinforce existing patterns of inequality.

These effects are likely to be felt especially sharply when the current generation of pensioners dies and passes on its wealth. The IFS report shows that among households where all members are 80 or older, average real non-pension wealth in 2012–13 was £230,000, compared with £160,000 for the same age group in 2002–03. However, 90% of this wealth belongs to just 50% of these households, and 40% belongs to just the top 10%; hence the IFS argues that “a ‘lucky half’ of younger households look likely to get the vast majority of the inherited wealth from the older generation.”

Clearly, with so many of today’s young people struggling to get on the property ladder or save money into pensions, those who stand to inherit large amounts of wealth are going to receive a disproportionate advantage compared to their peers who don’t receive large inheritances.

As the report’s author, IFS Senior Research Economist Andrew Hood, argues, the intergenerational impact of inheritances has increased enormously because of these barriers to saving:

“The wealth of younger generations looks set to depend more on who their parents are than was the case for older generations. Today’s elderly have much more wealth to leave to their children than their predecessors did, primarily as the result of higher homeownership rates and rising house prices. At the same time, today’s young adults will find it harder to accumulate wealth of their own than previous generations did, due to the sharp fall in homeownership for that group, the dramatic decline of defined benefit pensions in the private sector and the stagnation in their incomes.”

The obvious solution to the problem of inheritances entrenching inequality within a redistributive welfare state is to tax inherited wealth, but efforts to do so have been hampered by public attitudes towards inheritance tax, which, research suggests, is drastically unpopular among the electorate. The alternative to doing something about this problem is a Britain in which who your parents are becomes an even bigger determinant of your future success than it is at present – but will politicians be brave enough to tackle this problem head-on?