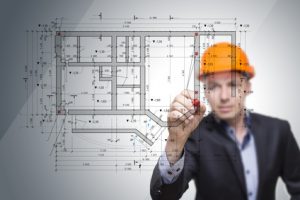 The Local Government Association (LGA) has warned that levels of home-ownership among 25 year olds have fallen by half over the past 20 years – as shown in the final report of the LGA Housing Commission which came out shortly before Christmas. The report argues that local authorities need to be given a wide range of additional powers to increase the supply of genuinely affordable housing in order to reverse this trend.

The report makes the familiar argument that too much of Britain’s housing has become unaffordable for ordinary working families, which the LGA puts down to two major causes (which are related). Firstly, the cost of renting housing privately has grown dramatically over the past two decades – especially in London and the South East – which makes it increasingly difficult for people on average incomes to afford the cost of doing so; the LGA’s analysis showed that the average privately renting household pays 34% of its household income on rent, compared to just 18% among owner-occupiers.

Secondly, the cost of the typical mortgage deposit remains prohibitively high for many people, as they are often worth around 20% of the purchase price (unless the purchase is assisted by one of the government’s first-time buyer schemes); the LGA showed that the typical mortgage deposit is equivalent to 62% of household incomes in the UK as a whole, and this figure rises to 131% in London. With the cost of rents meaning that many renting families have very little of their pay left over at the end of each month to save, putting aside this much money is all but impossible for most would-be first-time buyers who don’t enjoy some form of parental support.

This helps to explain the peculiar situation we currently find ourselves in where, because of low interest rates, the current era should be an exceptionally good period to be a young family with a big mortgage (compared to the early 1990s, for example) but home-ownership rates among young adults are still falling.

The report makes a grand total of 37 separate policy recommendations, in which the LGA argues that local authorities should play a much greater role in the delivery of new housing. These include removing the restrictions on local authority borrowing powers which currently hamper their efforts to borrow money for investment in new housing, enabling councils to replace properties that are sold under the Right to Buy; giving them greater powers to remove obstacles to development when it has been granted planning permission; and giving councils more freedom to plan their local areas proactively, for example enabling them to plan the facilities for delivering health and social care services in a more integrated way.

Many of these recommendations look sensible; as far as housing supply is concerned, the only post-war period when the UK built enough new homes to keep up with demand was when the public sector acted as a large-scale housing developer, so it seems inevitable that it will have to reclaim some of that role if we want to address the ongoing problem of too little housing being built. The LGA is surely also correct to call for more of a focus on tenures other than owner-occupation, and for a more proactive, place-based approach to planning in general.

The biggest problem with this report is likely to be that it makes an argument for giving local authorities a much bigger role within housing, and concomitantly increasing their level of resources. Given that local government has suffered deeper cuts than almost any other area of the public sector over the past six years that may be reasonable, but whether these are realistic things to ask for at this time is another matter.