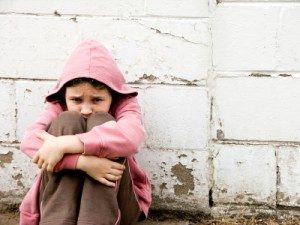 According to a reply to a parliamentary question issued just before Christmas, Teresa May’s government has abolished the dedicated Child Poverty Unit (CPU) which used to exist within the civil service. What does this mean for young people in the UK?

The CPU was originally established under Tony Blair’s first government in 1999 as a cross-departmental team that would concentrate on meeting Labour’s target of eliminating child poverty within two decades. It involved civil servants from the Department for Work and Pensions (DWP), Department for Education (DfE) and the Treasury, brought together in order to give child poverty a high profile across the different areas of government policy.

The CPU was still in existence at the beginning of last year, but its work appears to have been given a far lower priority under the post-2015 Conservative government. The government’s answer to a previous parliamentary question which was asked in November showed that the number of CPU staff had been cut from 24 in 2012/13 to 11 in 2016. It has now been subsumed into the DWP.

The government was also forced into a climb-down at the beginning of last year when it was defeated in its attempt to change the main indicator of child poverty, which the government publishes under the Welfare Reform and Work Bill (which subsequently became the Welfare Reform and Work Act 2016). The main indicator that is used to measure child poverty is the number of children in households living on less than 60% of median household income, a standard measure that is widely used in other European countries. The government has a statutory duty to produce these data, but under the proposed bill it attempted to replace them with a new measure that would have tracked the proportion of children living in workless households and the level of educational attainment at the age of 16.

The government argued that these changes were worthwhile because using relative household incomes to measure child poverty can produce counterintuitive results when average incomes change sharply (data suggested the number of children living below the 60% poverty line fell at the beginning of the recession in 2008, when what actually happened was that median incomes fell). However, the government’s ambition not to use any income data in its new child poverty strategy was strongly criticised by child poverty campaigners, and they were eventually forced to accept a Lords amendment to the effect that the current measure would retain its statutory force.

Anti-poverty campaigners have been quick to criticise this latest development, particularly since the level of child poverty is projected to increase over forthcoming years. Data from the DWP showed that there were 3.9 million children living below the government’s official poverty threshold in the UK in 2014/15 (28% of all children), and the Institute for Fiscal Studies (IFS) has projected that this figure will increase over coming years because of lower public spending (particularly on cash transfers to poorer families) and the lack of an effective child poverty strategy within government.

The government has responded to criticism of the CPU’s abolition by arguing that this merely represents a change of strategy in how the government seeks to address child poverty in the future; a government spokeswoman claimed that they will produce a new social justice strategy in early 2017, and that their recent changes to the National Living Wage and income tax thresholds will ensure that it always pays to be in work. Given that the IFS has shown that the majority of children living in poverty are in households where people already work, it seems unlikely that adopting such a stance will prove enough to meet the challenge ahead.